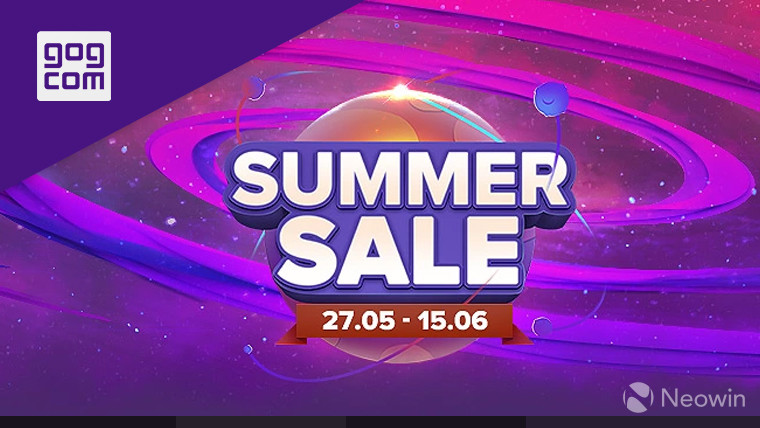 Following up on its freebie-laden Spring Sale in March, GOG has taken the wraps off of a "galaxy full of games", in other words, its Summer Sale.

Landing at around the same time as last year's Summer Sale Festival, this year's iteration brings better deals, the arrival of some unexpected games, as well as playable demos for upcoming titles, most likely as a tie-in with the previously announced Summer Game Fest initiative from Geoff Keighley.

Giving you a taste of what's to come are free demos for Desperados III, the System Shock reboot, the remake of cult-classic sci-fi adventure game Destroy All Humans!, fantasy action game Cris Tales, as well as Vagrus - The Riven Realms, Spiritfarer - announced via a world premiere trailer at Microsoft's E3 2019 conference -, plus the horror action-adventure from Devolver and Phobia Game Studio, CARRION.

Beyond the demos mentioned above, it's worth highlighting that for the first time, both Metro Exodus (50% discount for Standard Edition, 55%, for Gold and 60% for the franchise bundle) plus Arkane's Prey reboot (70% off either edition) are now available DRM-free via GOG.

The deals are of course the most attractive part of any sale, and as such, we should take a gander at those. You are once more able to build your own publisher bundle, with choice games from 11 Bit, Activision, Daedalic, Devolver, EA, Kalypso, Paradox, and tinyBuild. Select at least three games from these lists and you'll get another 5% discount. A selection of five or more nets you a further 10% off the asking price.

The collections aren't limited to just publishers though, as adventure titles, RPGs, shooters, action games, and even strategy and building games receive spotlights of their own. In case you're looking for some of the good old games on offer, there's a collection for that too, and folks seeking the highest discounts are covered as well.