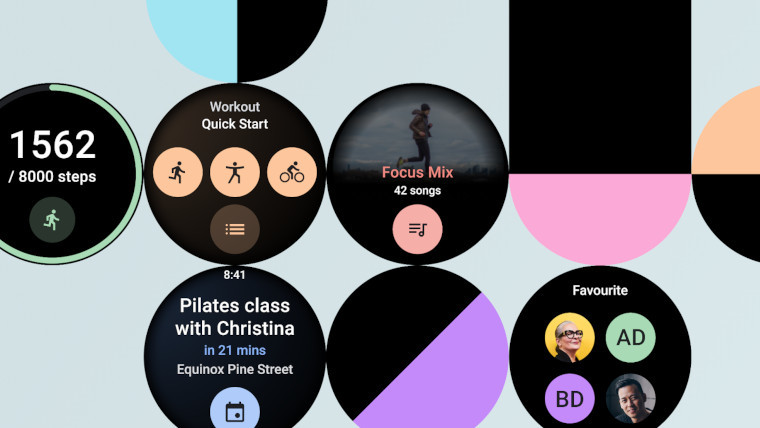 Google has announced the alpha release of the Jetpack Tiles library which allows third-party developers to create custom Tiles on Wear OS smartwatches. Since 2019 when Tiles were brought to Wear OS, users have had to make do with just six tiles but this will soon change.

“Tiles can be designed for many use cases, like tracking the user’s daily activity progress, quick-starting a workout, starting a recently played song, or sending a message to a favorite contact. While apps can be immersive, Tiles are fast-loading and focus on the user's immediate needs. If the user would like more information, Tiles can be tapped to open a related app on the watch or phone for a deeper experience.”

If you want to begin working with Tiles, you should head over to the Android Developers page which contains all you need to get started. If you want some inspiration, Google has created a GitHub repository with plenty of code examples.