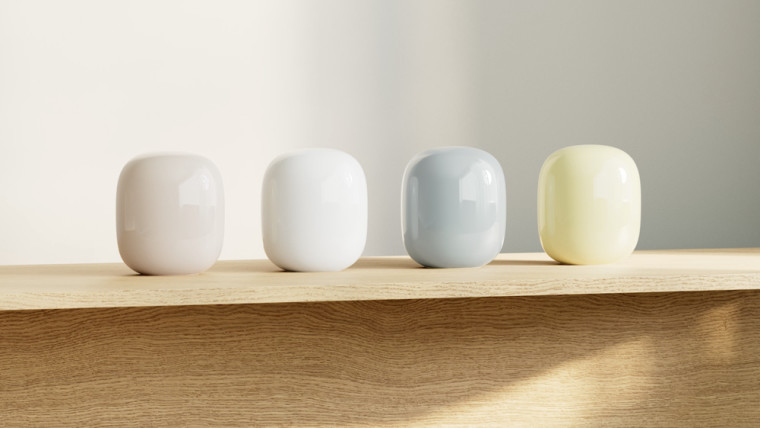 As leaks had earlier suggested, Google, today, has introduced the Nest Wifi Pro, a Wi-Fi system encompassing the WiFi 6E technology. Wi-Fi 6E stands for Wi-Fi 6 "Extended", where the 6 represents the maximum speed of the 6GHz radio band.

The Nest Wifi Pro uses 2.4 GHz and 5 GHz radio bands but is now adding 6 GHz to the list. It is a tri-band mesh network system to provide faster network services. The Nest Wifi Pro is accessible on older devices that use 2.4 and 5 GHz bands and can connect with almost 100 devices. However, it is incompatible with Google Wifi (Wi-Fi 5) or Nest Wifi. Google elaborated that the Wi-Fi 6 devices do not support 6 GHz radio bands preventing access to 160 MHz-wide radio channels; however, with Wi-Fi 6E, it is possible to do so. The upgrade allows more data flow totaling up to 5.4 Gbps, or 4.2 Gbps, outside the United States. You can read more details here.

The router can be set up by following the instructions using the Google Home application. Moreover, the app lets users monitor their networks, such as running speed tests, and comes with timely scanning for connection issues notified to the users, alongside steps to resolve the issue. Users can also access parental controls through the Family Wi-Fi settings, where they can set up Wi-Fi schedules to restrict Wi-Fi at wanted times. Lastly, Google hinted at the ability of these routers to become a Matter hub to control devices running the smart home protocol named Matter. Although, Matter is yet to launch to more devices.

“We built safety and security measures directly into Nest Wifi Pro, at no additional cost, to help protect your connection. For example, in the Google Home app, you can see every device that’s connected to your network to help you easily identify and pause any that might look suspicious.”

A single Nest Wifi Pro router can provide network access to an area of up to 2,200 feet. It comes with a Thread border router which connects it to other Thread devices. The routers are available in colors labeled Fog, Snow, Linen, and Lemongrass. Nest Wifi Pro routers are available in packs of three, two, and one costing $399.99, $299.99, and $199.99, respectively. Pre-orders begin today and will arrive in stores and online from October 27, 2022.