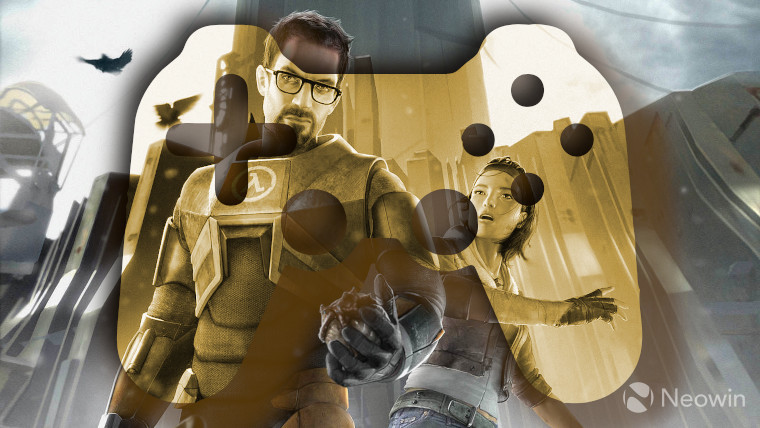 Believe it or not, Half-Life 2 will turn 18 this year. The modern classic took the PC gaming world by storm with its top-tier visuals, compelling story, unique atmosphere, and ground-breaking gravity gun mechanics. It also lent serious credibility the ATI’s midrange Radeon 9800, which was in a battle for consumer mind share against the similarly priced GeForce 6600 and its performance in Doom 3, which had been released a few months prior.

Over those 18 years, Half-Life 2 saw ports to the original Xbox, the Xbox 360, and the Playstation 3. Naturally, all of these had outstanding controller support. While the PC version of Half-Life 2 has seen 18 years of maintenance releases and a 64-bit port, controller support has always been a bit half-baked.

In 2015, Valve released the Steam Controller which is a device that allows keyboard and mouse inputs to easily be bound to any button, enabling couch gaming on any PC game. Reactions were mixed, and Valve failed to capitalize on full integration with its broad library of titles like Left 4 Dead, Half-Life, and Dota. Valve seems to have learned from its mistakes and is working to add proper controller support to its back catalog, and thanks to @gabefollower, we know the latest to get this treatment is Half-Life 2.