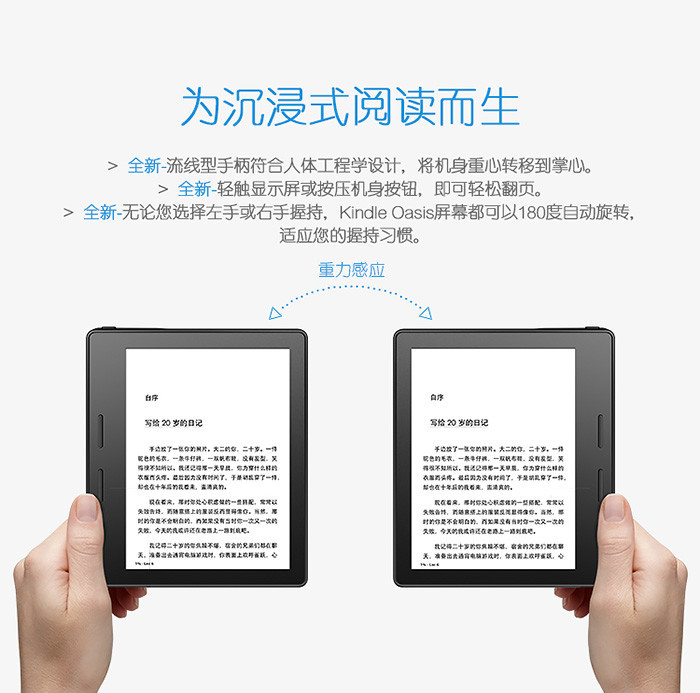 Last week, Amazon CEO Jeff Bezos promised an all-new, top of the line, eighth generation Kindle that would be announced this week. While the firm hasn't yet made any announcements, Tmall.com leaked the device on its Kindle page. The listing has since been pulled, but not before the Internet noticed.

The first notable thing that you'll see in the photo above of the Kindle Oasis is that it can shift its orientation. It would appear that the rumors of the device having an accelerometer are true.

We can also see that the e-reader is much thinner than previous Kindles, coming in at a whopping 3.4 mm thin at its slimmest point, although it's 8.5 mm on the lopsided bottom part. This compares to the 7.6 mm Kindle Voyage. It also weighs a mere 131 g, with the Kindle Voyage and Paperwhite coming in at 180 g and 205 g, respectively. 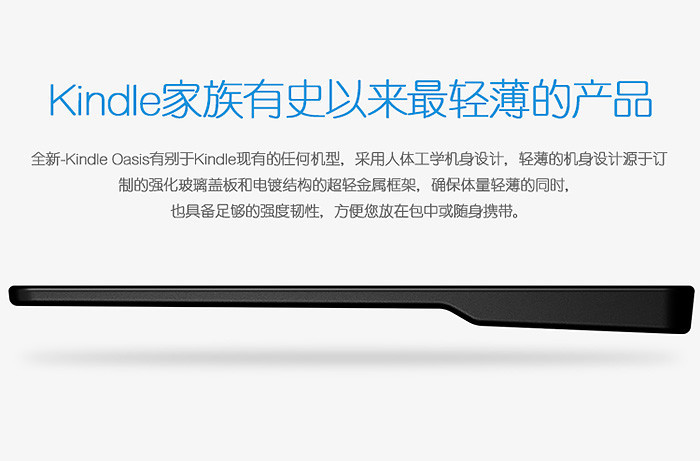 It's not clear why the new Kindle Oasis will be designed in such a way, although with the top part being so thin, it's clear that the bottom part is most likely packed with battery. One theory as to why Amazon decided to make it so lopsided could be that since the orientation can shift, holding it with the thick side up would be better for one-handed use, and with the thick side facing down, it might be easier to stand the device up on a flat surface.

The leaked device features the same 300 dpi display as the Voyage; however, it promises a 60% better frontlight. 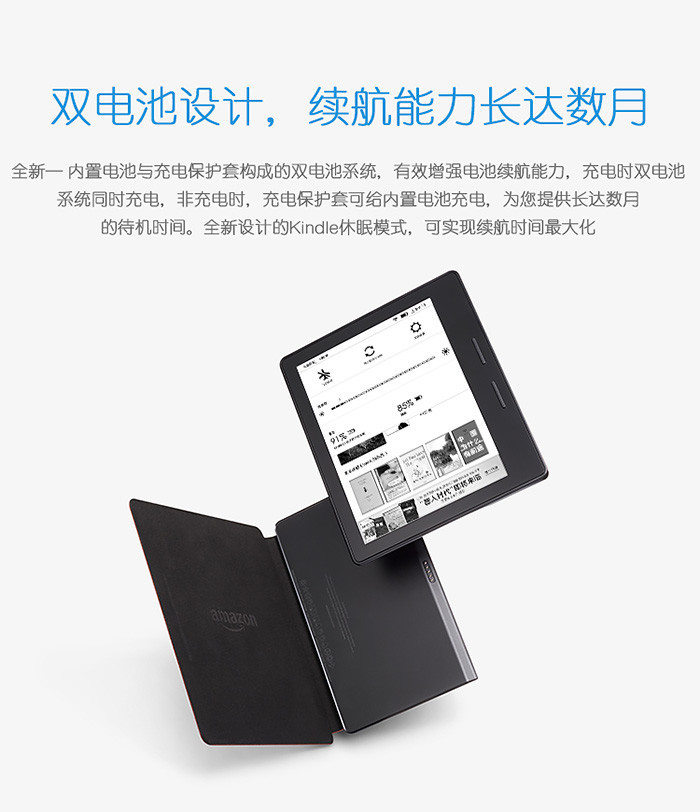 Then, there's the leather case that clearly has a connector on it, which would lead us to assume that there might be some battery power in it. The prospect of a battery case for a Kindle is an interesting one. Kindles have never needed one before because they get such fantastic battery life. It could be that the thinner design makes sacrifices.

Then again, this is a leak, so all we can do beyond the photos is to speculate. Of course, there's other questions as well, such as if this will be the only eighth generation Kindle announced or if there will be a new base model, Paperwhite, and Voyage as well.

We'll find out this week, as Bezos has promised us an announcement.