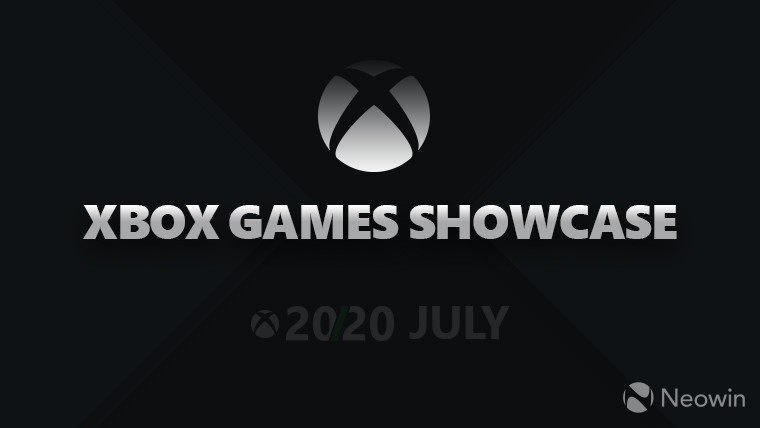 Microsoft held its Xbox Games Showcase E3 replacement event today, in a presentation filled, as promised, with games, with an emphasizing of course first-party offerings.

We saw Forza Motorsport, Halo Infinite campaign gameplay, an announcement of State of Decay 3, the Peril on Gorgon DLC for The Outer Worlds, a new trailer for Rare's Everwild, a full-on first-person RPG from Obsidian called Avowed, the long-rumored confirmation of a Fable reboot, and even some third-party surprises like S.T.A.L.K.E.R. 2, Tetris Effect: Connected, and Warhammer 40K: Darktide. Believe it or not, there was even more shown during both pre-show and the showcase, so let's dive right in.

Though the main showcase did have quite a few world premieres, the pre-show hosted by Geoff Keighley wasn't too light on those either. Beyond Dragon Quest XI S, namely the announcement that it would hit Game Pass, PC, and Xbox One on December 4, there were some other reveals too.

Coming from developer TwistedRed is EXOMECHA, a free-to-play online shooter which features team-based large-scale battles, an objective-based mode, a battle royale, and of course, mechs. It's coming in 2021 for Xbox Series X, Xbox One, and PC.

After making an appearance during Ubisoft Forward a few days ago, Watch Dogs: Legion was once again shown during the pre-show, reiterating its October 29 release date on current-gen consoles, PC, and next-gen consoles when those launch.

Landing in 2021 from developer Canadian developer Cococucumber is Echo Generation, a turn-based adventure game about kids investigating supernational occurrences. It's coming to Xbox One and Xbox Series X.

As you may remember, last year at E3 during the ID@Xbox sizzle reel, the multiplayer-focused version of Hello Neighbor, namely Secret Neighbor was shown. Well, for those who wanted an actual sequel, it was announced during the pre-show, and it even got a gameplay trailer. It's coming to Xbox One and Xbox Series X - with Smart Delivery support -, as well as PC, and you can actually play the alpha right now. The release year is 2021, and it's also coming to PlayStation 5.

Microsoft also took the time during the pre-show to highlight some smaller games via its ID@Xbox sizzle reel, all of which are console launch exclusives for the Series X and will be optimized for the next-gen console.

To cap off the pre-show, Square Enix finally showed off what it has been teasing for a couple of days, namely a 3D action platformer dubbed Balan Wonderworld. Coming from former head of Sonic Team Yuji Naka and Naoto Ohshima - the designer of Sonic the Hedgehog and Dr. Eggman -, the game will arrive in the spring of next year for Xbox One and Xbox Series X. It's also coming to PlayStation 4, PlayStation 5, Nintendo Switch, and Steam.

Along with the other games already mentioned, there was also a smattering of titles from first- and third-party to round off the showcase. These were:

Coming from Life is Strange devs DONTNOD, Tell Me Why is an episodic title in the same vein as the studio's previous offerings. Its three chapters will be releasing a week apart starting August 27, and it's a console exclusive due to Xbox Game Studios Publishing being involved. It's also coming to Xbox One, Xbox Game Pass on day one, as well as PC via the Microsoft Store and Steam.

Ori and the Will of the Wisps (Optimized for Series X)

During the showcase, Moon Studios confirmed that thanks to Smart Delivery, Ori and the Will of the Wisps owners that get a Series X will receive a free update to enhance the title. The update will bring 120FPS support at full 4K resolution and with HDR enabled. It's set to be made available later this year, presumably when the Series X launches.

Beyond The Outer Worlds and the unveiling of Avowed, Obisidian also showed off a brand new, and rather funny trailer for Grounded, its Honey, I Shrunk the Kids-like co-op survival game. It's set to hit Steam Early Access and Xbox Game Preview on July 28.

Next up was another game coming by way of Xbox Game Studios Publishing. Dubbed As Dusk Falls, it's an "original interactive drama" from INTERIOR/NIGHT, a studio headed by former lead game designer at Quantic Dream, Caroline Marchal, it follows a "a multi-generational story set in the American Southwest". It's set to be made available for Xbox Series X and PC, and will be playable in Game Pass as well. No release date has been given at this time.

Double Fine's long-awaited Psychonauts sequel got a gameplay trailer during the showcase, with a guest appearance from Jack Black himself. He's obviously collaborated with the dev studio before, including on the point-and-click classic, Brutal Legend. The game is coming to the Xbox One, PlayStation 4, PC, Mac, Linux, and of course the Xbox Series X and Game Pass. A specific release date was not given.

If you never thought you'd see the words Microsoft and Bungie in the same sentence, you were in for a surprise during the showcase. During the show, it was confirmed that not only is Destiny 2 itself coming to Xbox Game Pass in September, but so is the Beyond Light expansion on its release date of November 10. Subscribers who have Xbox Game Pass Ultimate will also be able to use Project xCloud to stream Destiny 2 to their mobile devices, and the looter shooter is also set to be optimized for Series X - via a free update thanks to Smart Delivery - so that it runs at 4K 60FPS on next-gen hardware.

The next game shown was from the creators of SteamWorld. Dubbed The Gunk, it's set to exclusively launch in 2021 on Xbox Series X, though releases for Xbox One and PC have been confirmed as well.

Bloober Team was present during the showcase too, taking the wraps off of its dual-reality gameplay mechanic trailer for The Medium. This Xbox Series X and PC horror title is coming holiday 2020.

No, your eyes are not deceiving you. For the second time during an Xbox showcase, Phantasy Star Online 2 made an appearance. Called New Genesis, this seems to be a total graphic overhaul of the game. Coming in 2021, and launching first on Xbox Series X, it's also set to be made available for Xbox One and Windows 10.

The final trailer before the Fable reboot at the end was none other than the world premiere trailer of Remedy's - Max Payne, Alan Wake, Control - campaign of CrossfireX. The very popular FPS is coming to Xbox One and will be optimized for Xbox Series X, with the single-player campaign taking the episodic round by being split into different so-called operations.

During the showcase it was also announced that Gears 5, Gears Tactics, and Sea of Thieves will also be optimized for Series X come holiday 2020, along with the aforementioned Ori and the Will of the Wisps and Forza Horizon 4. A small video showcasing the setting of Ninja Theory's Hellblade 2 - confirmed to be using Unreal Engine 5 -, namely, Iceland, was also made available, and you can see it above.

Feel free to discuss all of the game announcements in the dedicated thread on the forums.