Scientists from the University of Cambridge, in association with Boeing, have worked to create the first parallel hybrid electric airplanes using technology similar to what you find today in many road cars. Furthermore, the scientists say these are the first aircraft capable of recharging their batteries as they fly. 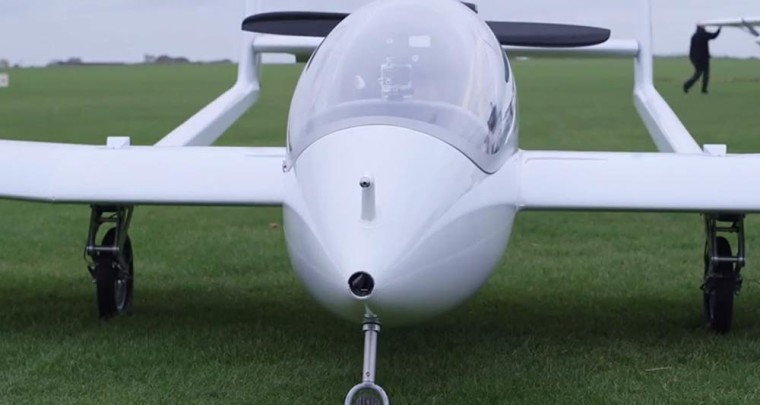 A single seat test aircraft, as shown above, was powered by a 4-stroke petrol engine and electric motor backed up by 16 large lithium-polymer cells. It successfully made a number of test runway 'hops' followed by longer flights at 1,500 feet over Northamptonshire in the UK. Thanks to the hybrid engine, the plane used up to 30% less fuel than a similar aircraft with a petrol-only engine.

Dr Paul Robertson of Cambridge’s Department of Engineering lead the project and explained that until now the heavy batteries, as used in hybrid cars over the last decade, hobbled efforts to utilize similar technology in airplanes. "But with the advent of improved lithium-polymer batteries, similar to what you’d find in a laptop computer, hybrid aircraft – albeit at a small scale – are now starting to become viable," he said.

The aircraft's 16 battery packs are located in its wings. A Honda combustion engine is used as the main power plant and an electronics module, designed by the Cambridge researchers, controls how the current flows to and from the battery storage to the electric engine. During times when the aircraft needs maximum power, such as during take-off and when climbing in altitude, the electric and petrol engines work together. Later, when the airplane is cruising, the electric engine can be switched to generate electricity, for battery storage, or to save fuel by helping with propulsion.

The researchers stress that this is just a small scale test and it's quite a ways off until such hybrid, or even fully electric systems, might be used in commercial aircraft. The University blog says that as the technology stands right now, if one replaced all the jet fuel in a modern passenger jet with its weight in batteries the (purely electric motor propelled) flight time would be limited to around 10 minutes. However, the 30% fuel-saving possibilities of a hybrid system sounds extremely attractive.

Source: University of Cambridge via Phys.org | Image grabbed from the video