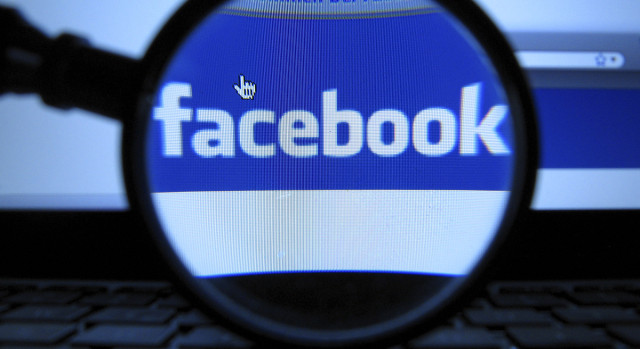 Ever since they went public back in 2012, Facebook has been getting a tough time from Wall Street. In the first few months, their stock dropped by almost 75% before slowly recovering; the stock currently sits at $27, down 29% from their initial price of $38. Facebook has been under considerable pressure to expand into the developing markets, such as Africa and Asia, as well as a developing robust monetization methods in places such as Europe and North America. Previously, Facebook made money through sponsored adverts in the sidebar, which were targeted based on a person's interests or "likes". Now, Facebook has developed a mechanism by which they will promote your content - whether that be an app, a post, a video or a service - through their "sponsored posts" ad units.

It appears that Facebook has gone even further than just adding extra ways for advertisers to reach their audiences, however. The New York Times' Nick Bilton has noticed that his Facebook posts on his personal account have been seen by fewer and fewer people, a change that can only be attributed to a change in Facebook's news feed algorithm. Indeed, major companies and brands have seen a severe decrease in user interaction until they buy up a Facebook sponsored post. Bilton says that before Facebook changed their algorithm - something they deny - his posts were receiving around 500 "likes", now they are lucky if they get 20. To test his theory, Bilton paid Facebook $7 to "promote" one of his posts; the results are dramatic. User interaction went up by 1,000% as the post garnered 130 "likes" and 30 "reshares". Bilton reached out to Facebook and asked them why his "likes" dropped and why, when he paid, they suddenly increased. Facebook told him the two "aren't related" as Facebook has no "incentive to reduce the distribution that you send to your followers so that we can show you more ads."

Bilton isn't alone, however. Mark Cuban, who owns the Dallas Mavericks, stopped using his team's Facebook page after they proposed that Cuban paid $3,000 to reach 1 million of his online fans who he could reach for free before the changes. Interestingly, Cuban decided to shift his focus to MySpace and Tumblr, which have very little in the way of advertising tools for brands. Ars Technica, a popular technology blog, also noticed a lack of engagement on their Facebook page, which has around 77,000 "likes". The New York Observer speculated that the average Facebook page now only reaches 15% of their total likes, a pretty shocking statistic. "Sponsored posts" can be created by anyone who wants to pay, for example, I have a friend who is currently running for a position of power in the local area who used Facebook's promotional features to spread his message to his friends.

The motivation for Facebook isn't difficult to spot: money. A public company must satisfy the demands of Wall Street if they wish to stay afloat, or the results are disastrous. If users are forced to pay $7 every time they want to spread their message, Facebook could be inline for a lot of money. Last quarter, Facebook reported a profit of just $64 million, a displeasing figure for many on the Street. Facebook is currently testing ways of generating an income off their huge mobile user base, without much success. Even Google, who have nailed the search advertising sector, struggle to make money from mobile users.

Facebook's monopolisation of the online social experience - despite the fact it is slowly becoming uncool - let them get away with things like this, in the same way Google can get away with promoting their own products above other's in search and Apple can chain the iPod to iTunes. According to Facebook, the "impact ads are having on engagement is relatively low, and we’re really pleased with how low that is." Conversely, Facebook also admitted that there has been a 2% drop in interaction with items on the News Feed as original content is displaced by the sponsored variety. Facebook told Bilton that the "median amount of feedback" on posts was up 34% year-over-year for people who have more than 10,000 subscribers.

Twitter now have a valuation of around $10 billion, and are looking to go public in late 2013/early 2014, which make them a potent force against Facebook. While the two are not identical in terms of intended use, they share the same category. While Facebook fails to monetize mobile - and annoys advertisers - Twitter generates a substantial amount of revenue from their mobile users, as advertisers pay to have their tweets and #trends pushed into a user's timeline. As many become annoyed with Facebook's malpractice, they may switch to Twitter which has a large, and influential, user base.