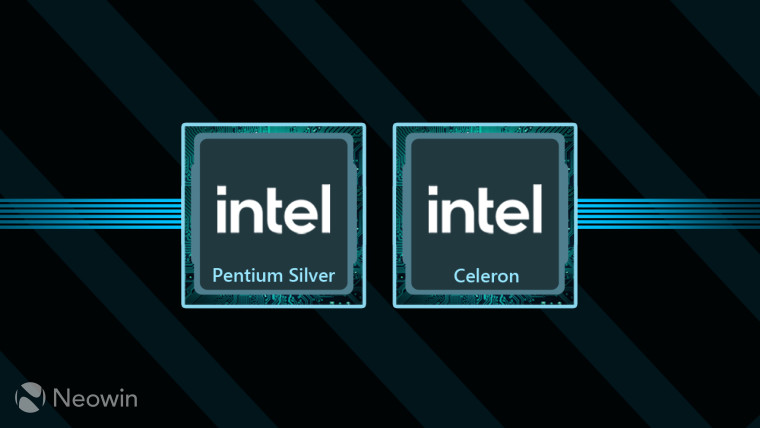 Alongside other announcements like Tiger Lake vPro and Tiger Lake-H35, Intel is unveiling some new budget mobile chips that are aimed at the educational market. Coming from the Pentium Silver and Celeron brands, they're the first of their kind to be built from the company's 10nm technology.

Intel says that with this new generation, you'll get 35% better application performance and 78% better graphics performance. Indeed, the company has made a lot of progress in both departments.

Intel talked up Chrome OS performance, and performance against its competitors. It's promising 144% better performance on a Chromebook when the Pentium Silver N6000 is compared to AMD's A6-9220C, and you can create a STEM project 78% faster. Web application performance is 162% faster, photo editing on Adobe Lightroom is 86% faster, and games like Asphalt 9 load 36% faster. The firm made similar claims when comparing the Pentium Silver N6000 to the MediaTek Helios P60T, an ARM chipset that's used in some Chromebooks.

Of course, AMD's A6 processors are actually 28nm chips, whereas even Intel's previous generation Pentium Silver CPUs were built on a 14nm processor. You can expect these new 10nm budget processors for education to start showing up in Chromebooks soon.