Last year in October 2021, we had the first leaked photos that purportedly showed Intel's upcoming Arc Alchemist engineering sample (ES) graphics card design. The photos showed a nicely designed card with silvery-white shrouds and an Intel sticker on top of the axial fans. 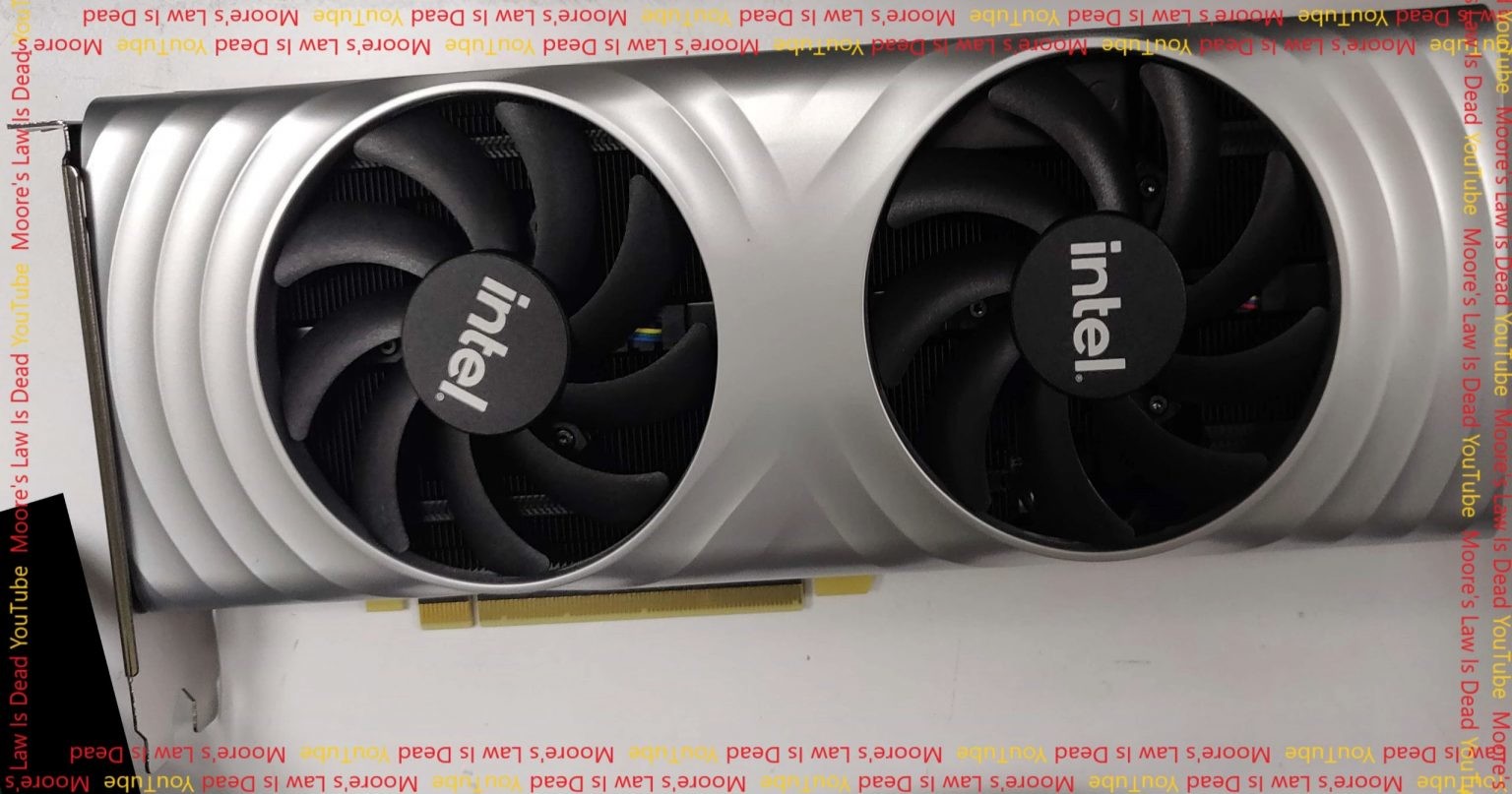 And like almost everything nowadays, Intel appears to also be having a dark mode variant of that card too according to some newly leaked photos. There are three new photos of first-gen Arc Alchemist ES showing that the cooler's shroud is exactly the same as the silver-white model except for the color. The new images are given below. The third image shows the exposed under-surface of the PCB. The final reference design of Arc Alchemist may feature a backplate but we aren't sure.

It is speculated that these ES pictures of Alchemist belong to the flagship SKU1 that features the 512 Execution Units (EUs) or one of the other higher-end SKUs. A lower-end SKU like the SKU4 or SKU5 is expected to feature a single-fan design like the one shown below.

While the final specifications of the desktop Arc Alchemist GPUs are still unconfirmed, we have new information that seems to clarify the memory configuration details of mobile Alchemist GPUs in more detail.

In this time of severe GPU crisis, Alchemist could finally bring some much-needed relief as Intel GPU chief Raja Koduri stated that he plans to deliver "millions of Arc GPUs" to gamers.