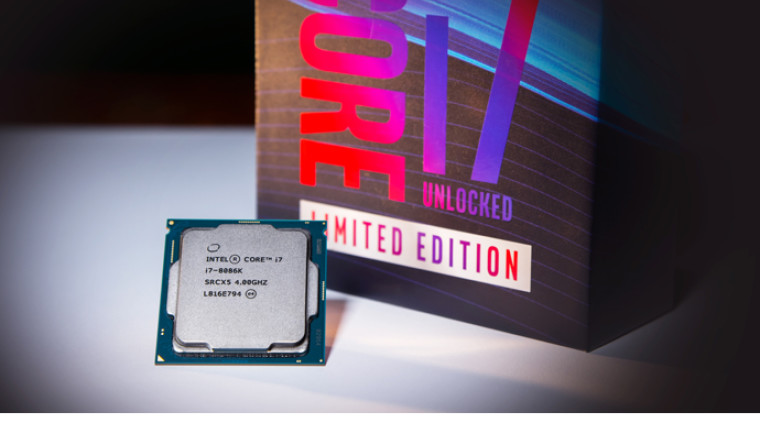 At Computex this year, Intel celebrated its 50th anniversary as a company, and the 40th anniversary of the x86 architecture. To mark the occasion, Intel announced its first 5GHz CPU, a limited edition Core i7-8086K, based on the Coffee Lake microarchitecture.

Starting today, the i7-8086K is available across retail channels. Keep in mind though, this is a limited edition CPU - Intel is only manufacturing 50,000 units for retail, and was giving away 8,086 units in select countries via sweepstakes (which ended yesterday). The retail price, which some expected to be $486 is actually $425 - only $75 more than the i7-8700K.

It is important to note that 5GHz is not the chip's multi-core base frequency, but instead, the single-core turbo frequency, which is only ever reached by one of the six cores. Also, all Coffee Lake SKUs must be paired with an Intel 300-series chipset motherboard, specifically one based on the Z370 chipset, if you plan on getting one - anything older is not compatible. Finally, as with earlier K-series SKUs, this one doesn't ship with a cooler either, so you'll need to pick one up yourself.

That being said, the i7-8086K is still Intel's first chip with a 5GHz turbo frequency, and the limited edition branding means it will probably won't stay on shelves for too long, so hurry up if you plan to grab one.