Screenshots of the build leaked to Chinese website Cnbeta earlier this week. The screenshots reveal a download manager for pausing and canceling downloads, a new icon for Internet Explorer 9 and what appears to be greater security control of add-ons. The new features are an early look at what features Microsoft is planning for the first beta of Internet Explorer 9. The screenshots do not reveal any UI changes apart from what appears to be a new icon. Neowin has independently verified the screenshots and we can confirm these are genuine and from a build distributed to internal and external partners. 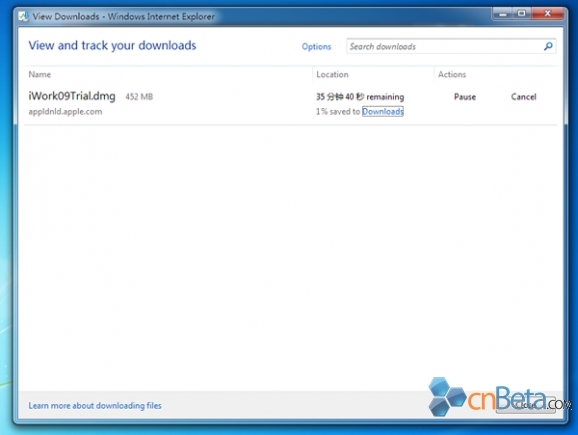