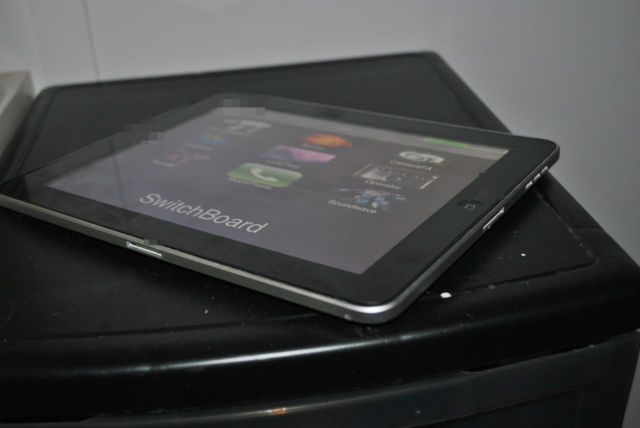 Apple apparently let one of the prototypes for the first iPad get away from them. Earlier this morning, this prototype sold on eBay for $10,200. This 16 GB device has a couple of things that make it very different than the final production model of the iPad tablet.

The most obvious one is that this prototype has two docking ports; one on the bottom like the regular version and the other placed on one of the two sides of the iPad. According to the eBay seller, "aaps69", this second dock port is fully functional and can be used to charge this iPad prototype as well as connecting the device to a PC.

The other difference is that this version is also running an older beta version of iOS 3.2 as well as "Switchboard", which is Apple's internal software testing suite. Unfortunately, this prototype model doesn't have a fully functional touch screen.

So whomever purchased this early model of the iPad will likely have some issues running it as a tablet, due to the faulty touch screen and the older software. Still, it can certainly serve as a great ice breaker for any party or date.