Fellow tech publication Digital Trends' luck seems to have hit a new high at MWC, as the site was able to get its hands on a prototype model of the P30 Pro. Unfortunately, the model they were able to get up close and personal with was not functional, but it is said to be near final in terms of design, giving us a really good look at what Huawei is planning on showing off in Paris on March 26.

The handset is apparently codenamed 'Vogue' by the company internally, and you can see that branding on the prototype. You can also see a Link logo temporarily holding the place of the Leica symbol Huawei's flagships proudly flaunt normally.

The camera setup is a triple-lens configuration, much like the P20 before, and not much has changed in terms of the phone external design in this regard, though one would of course expect that the internal of the phone's imaging sensors will be improved over its predecessor. The one difference here is that the entire camera array is now housed as a single unit, as compared to to P20, where one lens sat separately below the other two.

Going beyond the camera, the phone feature a glass back with a chrome finish, similar to the P20 Pro. One aspect Huawei's brought forward from its Mate 20 Pro are the tapered edges on the back. The phone will likely also feature a multi-colour finish that the company popularised with the release of the P20 Pro, and which was soon adopted by almost the entire industry soon after. 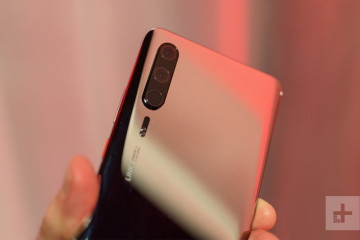 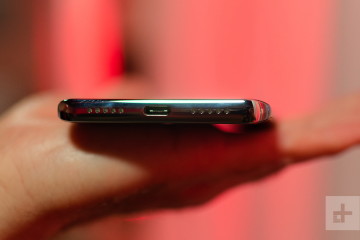 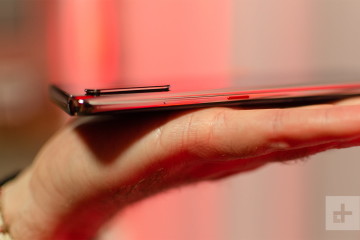 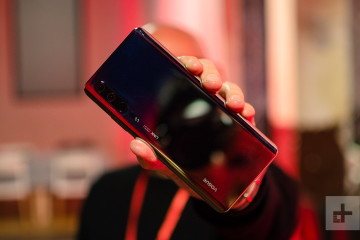 The usual band of buttons and ports can be found in their expected positions on the phone, with the power and volume rocker buttons to the right of the phone and a USB-C port at the bottom. There's no headphone jack - as is mostly expected of flagships in 2019 - and, more interestingly, neither is there a visible fingerprint sensor, confirming the company's intention to adopt an under-display fingerprint sensor à la the Mate 20 Pro.

The company unfortunately did not let the publication talk much about the front of the phone, so whether the phone will feature a teardrop notch - as suggested by previously leaked renders - remains to be confirmed. I suppose we'll have to wait till March 26 to find out more.