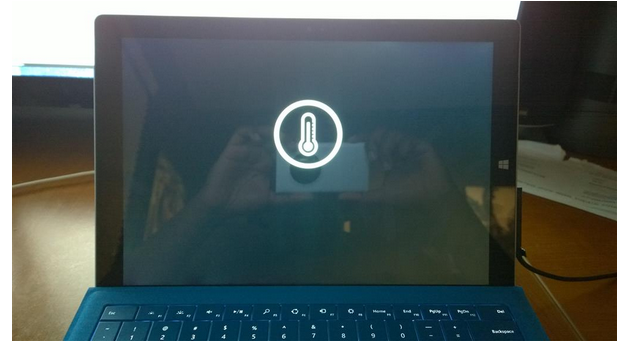 If you bought a Surface Pro 3 with an i7, your ears likely perked up when we reported that users were stating that their machines were overheating and causing a thermometer to pop up on the screen. The problem seems quite serious and we even posted a potential fix for the heat issue, but Microsoft has come forward and started to talk about the issue that is affecting a small number of these devices.

Microsoft has provided the following statement to Neowin about the heat issues with these devices:

“The Surface Team is aware of a very small number of Surface Pro 3 Intel® Core™ i7 devices that are temporarily restarting and incorrectly showing a "Thermometer Gauge" icon while attempting to boot up. Our investigation reveals that the system is triggering this event sooner than it should for some people, only when the device restarts, and this does not occur when the device is booted and running. We have an update that will address this that will be ready for our customers as soon as possible.

The i7 version of Surface Pro 3 is a first-of-its-kind tablet delivering i7 processing power in a thin and light package. As such, the increased power calls for the fan to spin more regularly and at higher speeds – and for the unit to run slightly warmer. If customers have any questions or concerns, they should contact Microsoft Support.”

The short of this statement is that the issue is only affecting a small number of users, and that those who are seeing the thermometer is because of a false flag. The company says that they have a fix in the works to prevent this from happening but otherwise, the systems are operating as expected.

It is worth pointing out that i7 processors do run hotter than their i5 and i3 counterparts; that's the nature of the beast. But from Microsoft's perspective, the heat output is in-line with expectations and it will not cause any damage to the internals of your device.