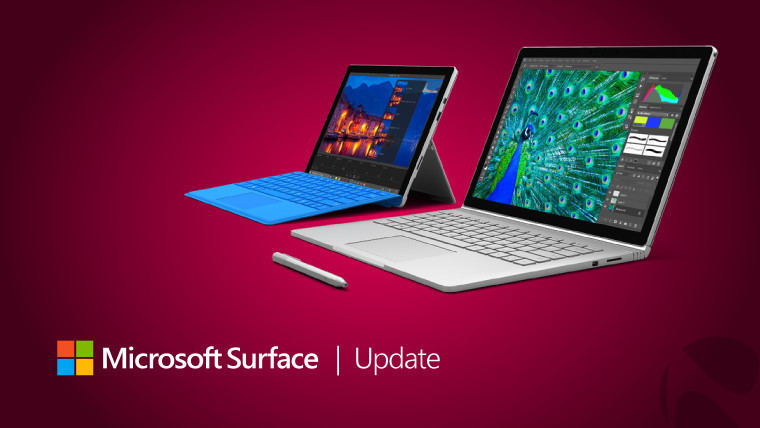 It's starting to seem likely that Microsoft is preparing to make the Windows 10 May 2019 Update generally available this week, and the company has recently released a ton of driver and firmware updates for the majority of its Surface devices. These updates are only available for those running Windows 10 version 1903, which at this point, means only Insiders should be getting them.

Almost every supported Surface device has received some driver updates, with the only exception being the Surface Go, both in its Wi-Fi only and LTE Advanced editions. Even the 2015 Surface 3, which hadn't received device-specific updates since December, is still being supported, as is the Surface Pro 3, which is almost five years old now.

If you're rocking a Surface Studio 2, you're mostly getting updates for network adapters, be it Wi-Fi, Ethernet, or Bluetooth. Here's what's new:

The Surface Pro 6 is getting a much longer list of updates, covering a lot of the components of the device. Here's what's new:

There is a known issue for the Surface Pro 6, though, which has to do with the Intel Graphics Control Panel, which isn't fully compatible with the tablet. You can uninstall the app without any problems, or wait for it to be updated with a fix.

The Surface Laptop 2 is also getting a fairly long list of updates for many of its components. Here's what's new:

The Surface Laptop 2 also has a couple of known issues. One of them is the same problem with the Intel Graphics Control Panel that the Surface Pro 6 has.

The Surface Book 2 is getting a long list of updates as well. Here's what's new:

The first-generation Surface Laptop is also getting a slew of updates, in similar fashion to the devices above. Here's what's new:

The fifth-generation Surface Pro, which was released in 2017, has a similarly long list of updates. Here's what's new:

Like the Studio 2, the original Surface Studio has a relatively small list of updates, and they're mostly focused on network devices. Here's what's new:

The original Surface Book and the Surface Pro 4 have a similar list of updates. Here's what's new for both of them:

Likewise, the Surface Pro 3 and Surface 3 have received the same updates, but the list of changes is much shorter than most other devices. Here's what's been updated:

With Microsoft updating most of its devices to prepare for the upcoming May 2019 Update for Windows 10, it looks like it should be releasing any time now. Hopefully, other manufacturers will be just as quick to update their devices.