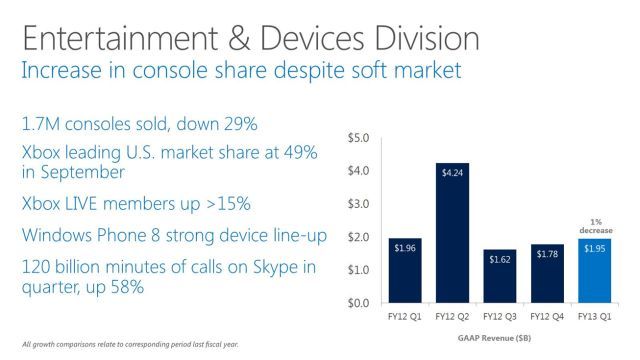 Microsoft closed the deal to acquire Skype about a year ago for $8.5 billion. Since then, the company has slowly but surely integrated Skype's VoIP features in many of its products. At the same time, the number of users for Skype continues to grow.

Today, as part of Microsoft's quarterly financial press release, the company announced that usage of Skype went up 58 percent compared to the same period a year ago. Microsoft said that Skype now has 280 million users which have generated 120 billion minutes of calls on the service in the last quarter.

Microsoft is aiming to have Skype become available on more of its platforms, including Windows 8 and Windows Phone 8. Indeed, a new video that showed an early version of Skype for Windows Phone 8 leaked out to the Internet earlier today. A leaked version of the Windows 8 version made its way to the Internet earlier this summer. Microsoft also announced that it plans to integrate Skype into its Office 2013 productivity software suite for its launch in early 2013.

All in all, it seems that on the surface the purchase of Skype by Microsoft in October 2011 was a smart one for the company and there's no indication that growth in Skype will slow down anytime soon.