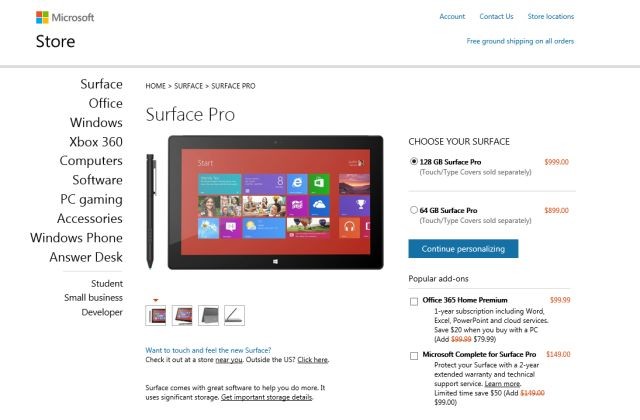 Microsoft is also offering a $20 discount on a one year subscription to Office 365 Home Premium if you buy it alongside the Surface Pro. If you want a longer two year warranty, Microsoft will sell one with a $50 discount for a limited time.

In fact, if you decided to brave the blizzard in New York City, you could have joined with the line at the 24 hour Best Buy store in the Union Square location and bought a Surface Pro earlier tonight. Twitter user Michael Steineke took a picture of the line of people waiting to buy the tablet at the stroke of midnight in the store. 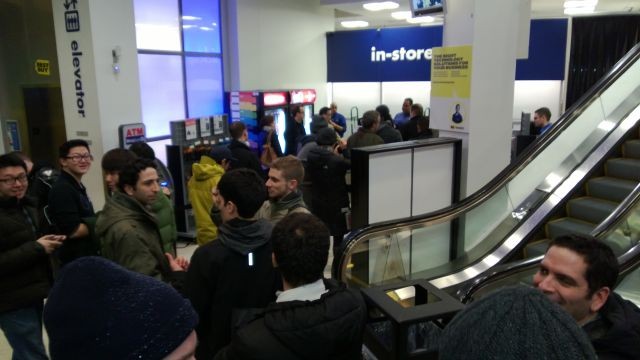 If you go to the Microsoft Store in Las Vegas on Saturday at noon, you will be able to not only buy the Surface Pro tablet but you will also get to see the upcoming Surface Pro TV ad before it officially debuts during the Grammy Awards on Sunday.

There's no word yet on when the Surface Pro will go on sale in other parts of the world. The Surface RT tablet, running on Windows RT, is already available in several countries and will be sold in 13 more European countries on Valentine's Day, February 14th. Surface leader Panos Panay and the director of the TV ad Jon M Chu will be attending as well.