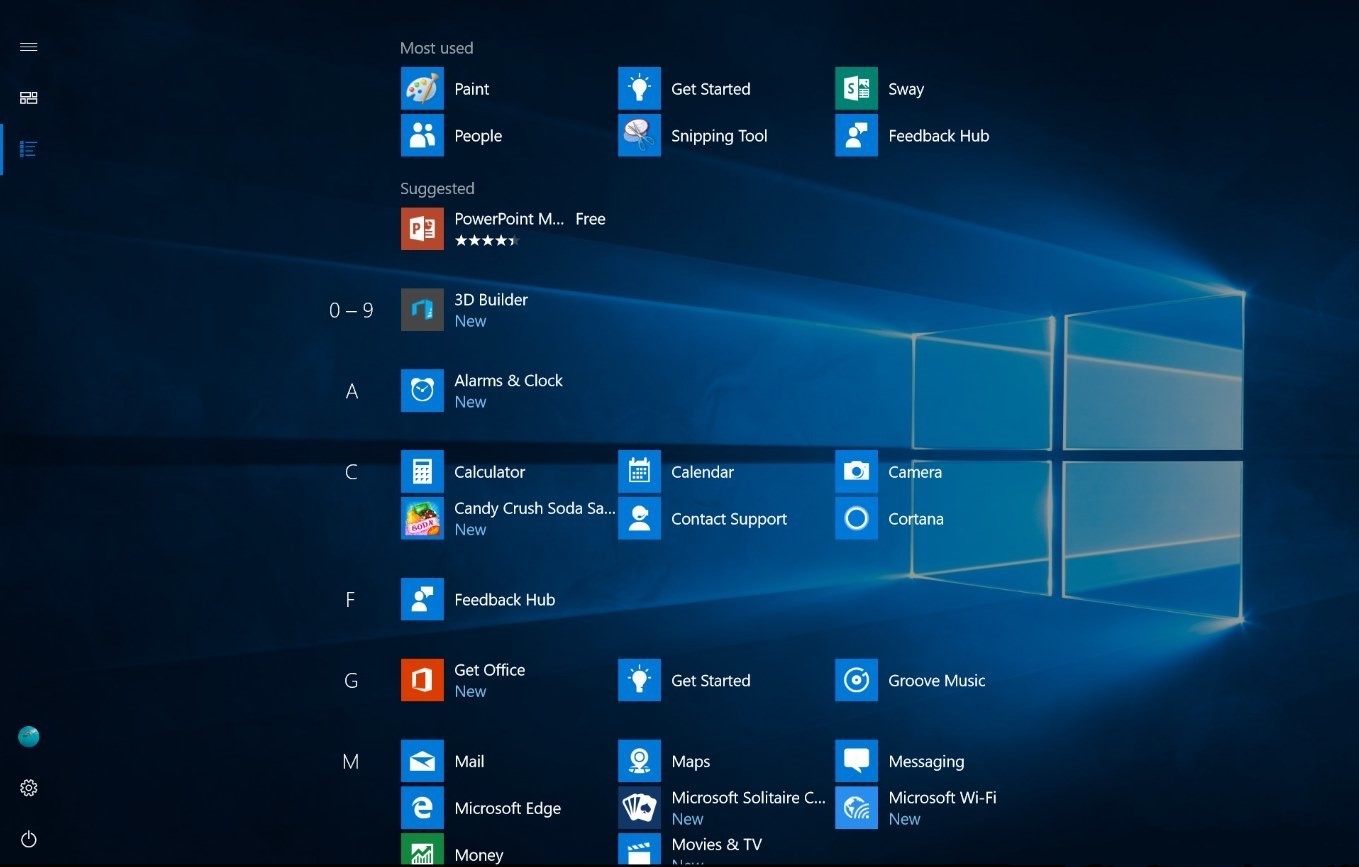 Microsoft is considering making some changes to the Start Menu in the Windows 10 Anniversary Update. Of course, Microsoft has learned a bit since the Recycle Bin incident, so they're going to get some feedback from Insiders before they make any final decisions.

As we can see from the image above, it looks like the Start Menu will default to the All Apps list while Power and Settings has been moved to the side; however, it keeps the Most Used section.

As we can see now, the new Start Menu would have an expanded All Apps list. It's actually similar to the Windows 8.1 Start Screen's All Apps section, except it appears to scroll vertically instead of horizontally.

If you want to leave your feedback for the new Start Menu, you can do that here.

What do you think of this new Start Menu? Let us know in the comments!