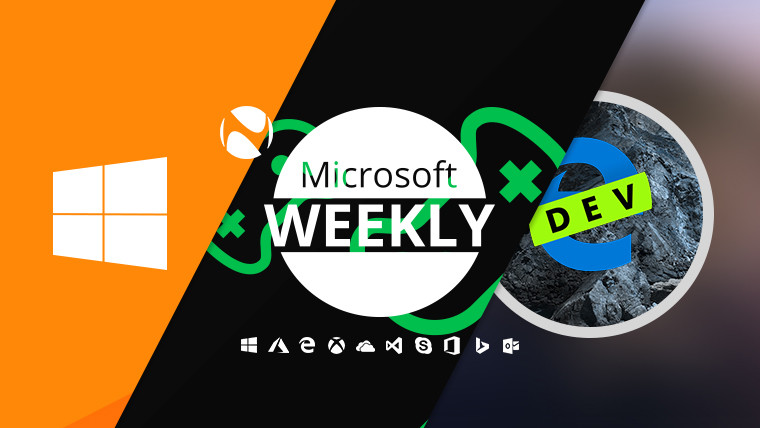 As the Xbox Briefing from E3 2019 is later today, there have been some leaks presumably related to it, like Ninja Theory’s newest game, and Fable 4 tidbits. Beyond that there’s the usual Fast ring build for Insiders, and some nice little improvements for Skype on mobile and Sticky Notes. I won’t tell you everything in the first paragraph, so be sure to check the rest of the news below, plus the usual bit extra, in your Microsoft digest for the week of June 1-7.

A build for the Fast ring 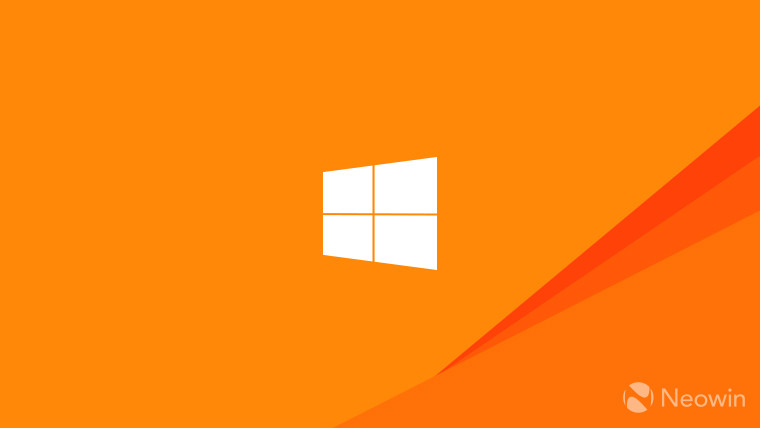 In case you’re an Insider in the Fast ring, you should have received build 18912 from the 20H1 development branch earlier this week. There’s really not much to say about this one, as the singular improvement it brings concerns Narrator’s interaction with “Click me” links, which has obviously been improved.

Fixes are a tad more numerous, with bugs like win32k.sys green screens, high hitting DWM crashes, Settings crashing on the Graphics Settings page, and taskbar search results not showing up properly in remote desktop enhanced session VMs are all being remedied. The usual assortment of known issues is there too, with two new ones being folks on Home editions not seeing “update installed” on the update history page, or some devices being unable to see the update progress % change on the Windows Update page.

There are a couple of hidden features in this build too, like the ability to create calendar events straight out of the taskbar flyout – without the need to resort to the app -, and the ability to set a maximum percentage of bandwidth to be used when downloading updates in the background. As opposed to previous iterations where you’d choose a percentage, you’ll now be able to use absolute Mbps values. To be clear, these do not seem to be available to everyone, so you may need to be a little more patient if you don’t have them yet.

Lastly, yes, you can still download and install the latest Windows 10 version (1903) even if you don’t have 32GB of total device space. This requirement applies to new PCs, so even if you have a 32-bit device and a mere 16GB of storage, your device is still supported. That is, unless you have an Intel Clover Trail-based one, which only got version 1607 (the Anniversary Update) as the last one. 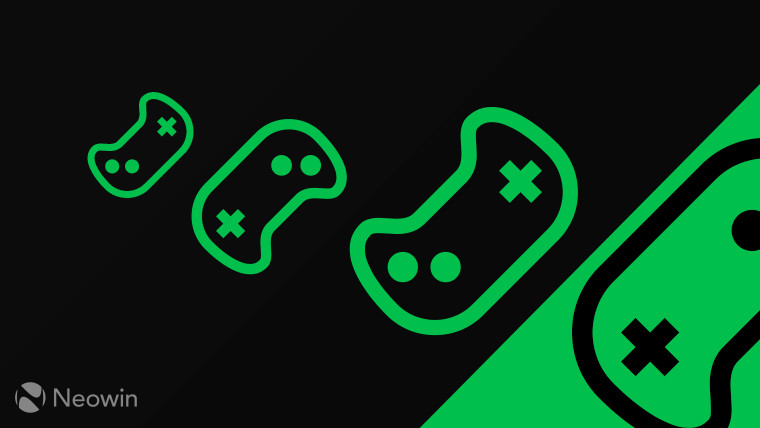 To start off things, there’s a message from Minecraft.net that we need to take into consideration, specifically one about the Telltale-developed Minecraft: Story Mode seasons 1 and 2. These titles will apparently be pulled from most platforms on June 25 due to Telltale’s demise a few months back. What’s a bit concerning is the wording, which implies that even owners of these titles may not be able to download them past the June 25 cutoff date.

On a related note, at Apple’s 2019 WorldWide Developers Conference this past week, Mojang showcased the first look at gameplay for Minecraft Earth on iOS, an ARKit3-powered augmented reality title. Using the tech on hand, the AR game can place real-life people within the blocky environment via the people occlusion feature, and of course features gameplay staples like using seeds to attract chickens, or shooting arrows to kill hostile mobs like skeletons. Though there is a closed beta set to begin this summer, it’s unclear exactly when that will happen, as sign-ups are still open.

In further news about currently unavailable products, though to be fair, this one is a rumor, let’s talk about Fable 4. What we do know is that Playground Games - maker of the Forza Horizon series, and dev which was acquired by Microsoft last year – has been tasked with working on the open-world game. Apparently, this new entry in the series is said to be built on Unreal Engine, feature a major story change due to Albion and Aurora being completely destroyed, and have some sort of settlement-building capability. It’s highly likely we’ll learn more about this later today during the Xbox Briefing.

Sticking to similar, as of yet unannounced things, the next game from Ninja Theory – most recently known for Hellblade: Senua’s Sacrifice – has apparently leaked and it’s called Bleeding Edge. It’s said to be a 4vs4 fighting game similar to class-based multiplayer titles, though there’s a focus on melee combat. According to the leaked trailer, a technical alpha is set to begin June 27.

Folks who were not exactly thrilled with the Epic Games Store exclusivity of Metro Exodus and haven’t gotten the chance to buy the game on Steam before the Epic deal was in place, might have another option now. The latest game from 4A Games has shown up on the Microsoft Store, with an apparent launch date of June 9. As it so happens, that’s exactly the day when the Redmond giant will be holding its annual Xbox Briefing at E3.

And since E3 was mentioned, there’s an Xbox sale on now, which is set to last until June 17, featuring a $100 discount for the Xbox One X, a $50 discount on both the regular and All-Digital Xbox One S consoles, plus up to 75% off Xbox and PC games like Mortal Kombat 11 and Sekiro: Shadows Die Twice. There’s also a $249 Xbox One S Fortnite Battle Royale Special Edition bundle on sale, for those interested.

Last but not least, there’s a new Xbox desktop experience in the works, as the current app has been renamed to Xbox Console Companion. No details yet on when this will be announced, though the Xbox Briefing later today seems like a good bet. 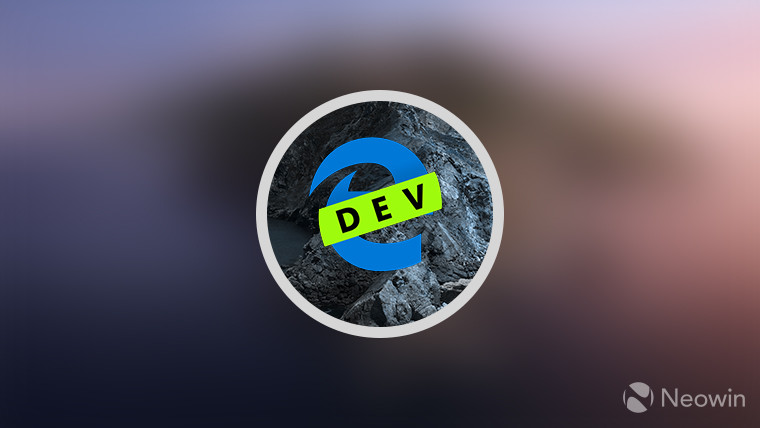 Since WWDC 2019 was on this past week, I guess we should begin with two relevant bits of information, the first being that iTunes on Windows will continue to be available. This means that Microsoft’s desktop OS will not be getting the three separate apps that macOS is getting, at least not for now.

If however you are on macOS and thought the Canary branch of the new Chromium-based Edge – Edgium if you will – is a bit too bleeding edge, then you can rejoice. Earlier this week, the Dev channel for Mac was finally made available for those who want it.

Still Edgium-related but not official is the ARM64 variant, which leaked on Thursday. If you’re curious to try it, it's version 76.0.182.0 – on par with the Canary build – though presumably, it won’t get any new updates, much like the leaked Edge Dev build a couple months ago.

A couple smaller tidbits of info are the new screen sharing feature in Skype for Android and iOS, something which has been previewed by Insiders since April, and the fact that Sticky Notes 3.7 brings back ink insights for Insiders, all the while also adding colorful text selection. 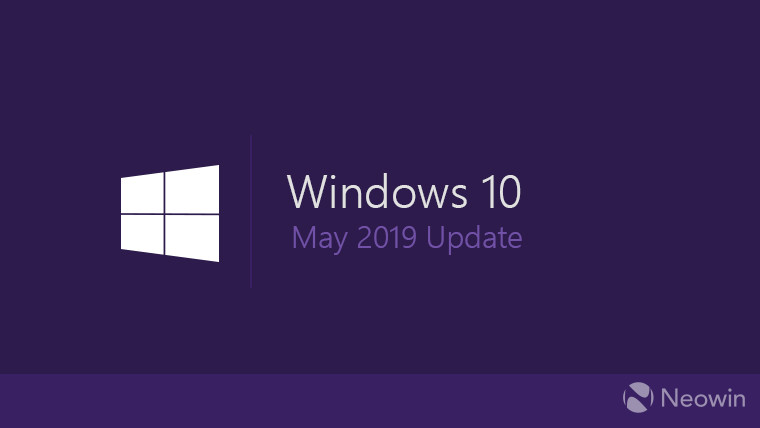 We end on an interesting note about the latest update to Windows 10, which is the May 2019 Update, or version 1903.

As opposed to 1809 (the October 2018 Update), Microsoft chose to give 1903 a bit more time in the oven to make sure that it wasn’t going to cause the same problems. As a result, it spent more than a month and a half in the Release Preview ring before being made generally available.

Whereas previously you could check for updates and you might’ve been offered the ability to install 1903, that was just the beginning of the rollout. If you’re outright seeking it now, you should now be able to install it on your device, barring it currently being blocked because of known incompatibilities.