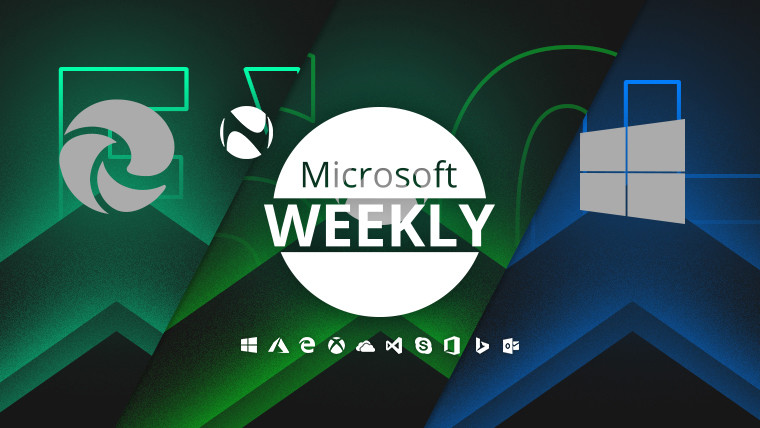 An FPS boost for Backwards Compatible titles on console, an acknowledgement of 21H1, and even some Edge updates at the forefront. You can find info about that, as well as much more below, in your Microsoft digest for the week of February 14 – 20. 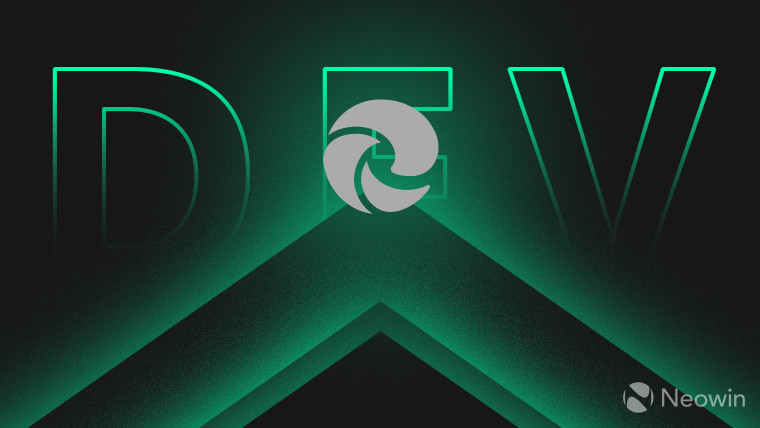 Unlike previous columns, in which Edge news was relegated to the final section, this time we’re switching things around a little.

We’ll start with the Canary channel, which now allows testers to open Office files directly in the browser – similar to how you would open PDFs -, as well as introducing a Kids Mode (perhaps not too dissimilar to Kid’s Corner from the Windows Phone 8 days). The latter is aimed at children between the ages of 5-8 and 9-12, and allows the browser to make sure the little ones receive “friendly content” via Bing SafeSearch, among other protections that are put in place.

Over in the Dev channel, build 90.0.796.0 made its way to testers, adding SSO (Single Sign-On) support on the Mac, the ability to start typing to search as soon as the favorites and history menus are open, and suggestions from local browsing history when clicking on an empty address bar, to name but three.

Also in plan but not exactly tied to a specific version is a scoring system for websites to prevent annoying notifications, and a not to subtle nudge from Microsoft for Edge desktop users. The latter sees the Redmond giant suggest that folks download the mobile version of the browser on their non-desktop devices. 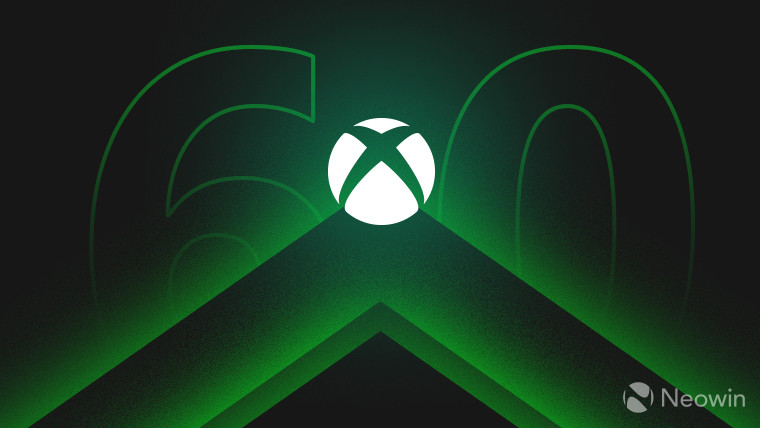 Although there were plenty of gaming-related announcements this week, one that is sure to please fans of backwards compatibility is something Microsoft is calling FPS Boost.

In short, its Xbox Series line of consoles (Series S and Series X) now has the ability to effectively double the frame rate of supported Backwards Compatible games with no extra work required from developers. Benefiting from this currently are five titles, - FarCry 4, Sniper Elite 4, Watch Dogs 2, UFC 4, and New Super Lucky’s Tale -, with more on the way. Of the five, New Super Lucky’s Tale goes all the way up to 120FPS, with the other tiles supporting 60FPS.

Staying a little bit longer on the software side, screenshots of Xbox game streaming on the web have leaked, Dandara and Lost Planet 2 are now free to claim as part of the Games with Gold program, Dirt 5, Pillars of Eternity 2, Code Vein, and others have arrived on Game Pass, and there are myriad Deals with Gold for you to peruse, including ones for Shenmue and Star Wars: Squadrons.

As far as first-party titles are concerned, Sea of Thieves now has Steam friends support, Japanese localization, and more, while Flight Simulator has received its third World Update with enhancements for the UK and Ireland.

Microsoft has also gone ahead and updated its Xbox Accessibility Guidelines, and released a $99.99 Xbox Wireless Headset with spatial audio support. Somewhat similar in design to the Surface Headphones, the accessory will be available starting March 16.

And finally, for those that were waiting, or indeed just curious, Fall Guys: Ultimate Knockout will be making its debut across the Xbox One and Xbox Series X|S consoles this summer. 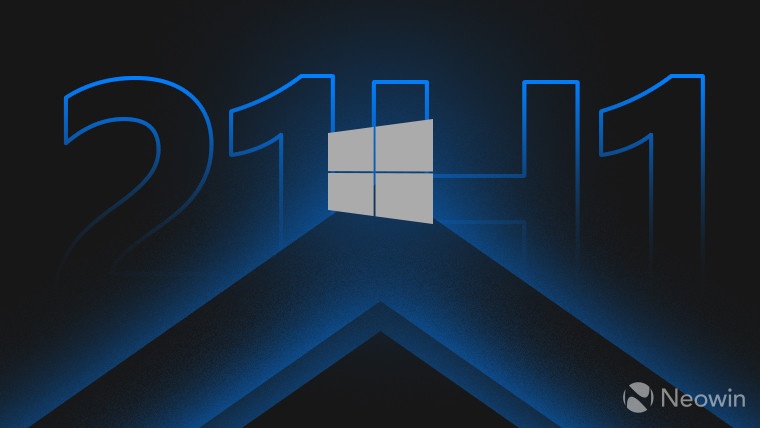 Among the other bits of news that this week brought, we also found that Microsoft indirectly confirmed the existence of the spring update for Windows 10, otherwise known under its 21H1 codename. The acknowledgement came by way of a Tech Community forum post detailing the fact that hardware certification will remain identical between 20H2 and 21H1, meaning the latter is likely to be a smaller update.

Microsoft did also release a 21H1 build, namely 19043.844 if you’re in the Beta channel or 19042.844 in the Release Preview channel. If you want to start testing this forthcoming version, here’s a short rundown of what settings you need to change.

But if you thought the company would release builds tied to a specific version only, you’d be mistaken, as the firm additionally pushed out build 21318 - from its ever-nebulous vNext branch -, which landed in the Dev channel. After being burned with Sets – which was definitely going to be in Redstone 5, until it definitely wasn’t -, the company is a lot more careful about which features it declares will ship with which variant of Windows 10. However, this build does bring in the ability to paste as plain text in clipboard history, as well as a sizeable array of fixes.

In other operating system news, the Windows 10 Team 2020 Update is now starting its rollout in Germany and The Netherlands, Microsoft has announced the latest version of its standalone Office product, Office 2021 – can’t have Office 2022, otherwise that would be much too consistent with the previous naming scheme -, and a couple of optional updates for Windows 10 version 1909 and 1809 have also showed up.

We wrap up this week, and indeed the column, with a selection of dev-related news. 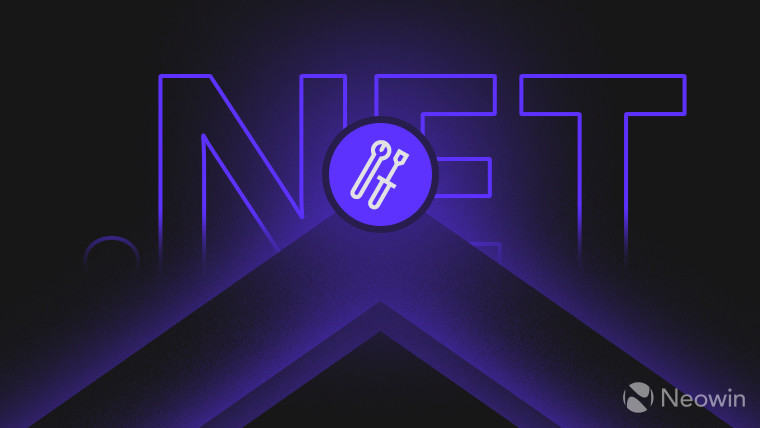 For one, arguably the biggest news this week was the arrival of .NET 6 Preview 1. Released as the next step in the company’s goal of unifying the various and disparate developer solutions, we’ve essentially reached the midway point of the unification that’s set to be complete with .NET 7.

Among its new features, .NET 6 has a multi-platform App UI that’s built on top of Xamarin, with the focus being on “faster developer experiences”, control themes, and of course, performance. ARM64 support, WinForms and WPF support are also key targets, with initial support already being added for Apple Silicon ARM64 chips.

Moving on to app samples, there’s now one called TwoNote for the company’s Surface Duo emulator, with the Redmond giant also eyeing easier development for its Power Platform.

Regarding the latter, this will be done via what the company is allegedly working on, the low-code language dubbed Power Fx. Due to the naming scheme, ZDNet’s Mary Jo Foley stated that this may just be targeted at Excel users.