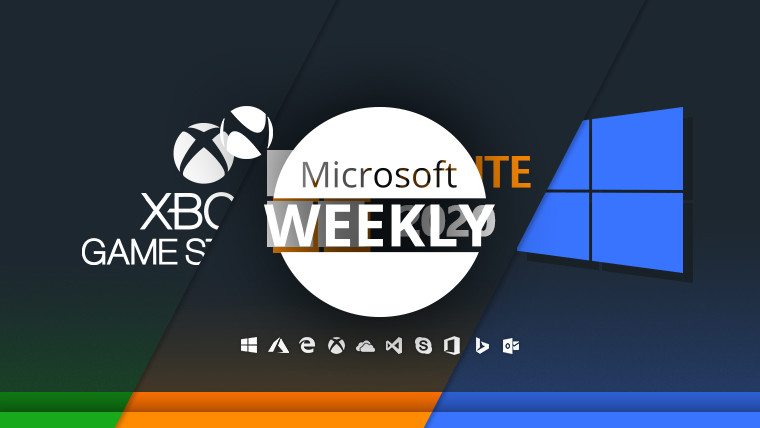 This week, perhaps more so than others, has been a big one in terms of Microsoft news. A massive acquisition on the gaming side, a whole bunch of Ignite 2020 announcements, and even an alleged source code leak for Windows XP, all happened in the last seven days. You can find info about that, as well as much more below, in your Microsoft digest for the week of September 19 - 25. 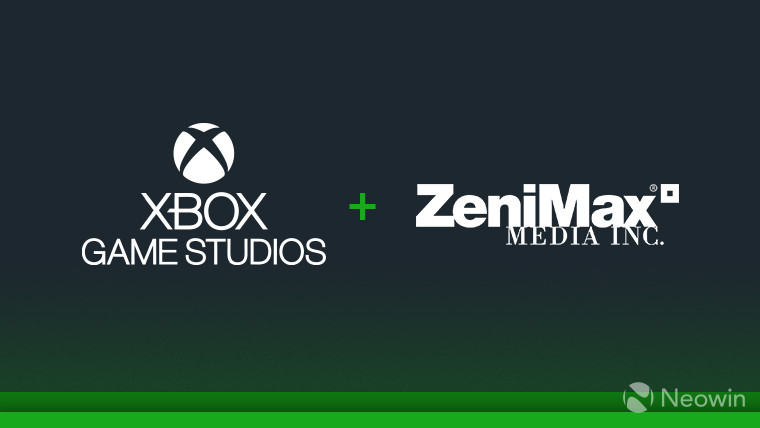 In a move that came pretty much out of nowhere, Microsoft announced on Monday the second largest acquisition in gaming, behind only Tencent’s $8.6B Supercell (Clash of Clans) buyout.

As a result of this, the Xbox Game Studios first-party organization has grown pretty much overnight from 15 to 23 studios, and Microsoft now has the rights to IPs like Dishonored, Wolfenstein, The Elder Scrolls, Fallout, Doom, Starfield, The Evil Within, Prey, Rune, and many more.

Following up on the news, all of the ZeniMax games will be coming to Game Pass day one, which is sure to boost the subscription’s newly announced 15 million subscriber milestone. To put this into perspective, the service was launched in 2017 and grew to 10 million by April of this year. In a little under five months, another five million subscribers have joined. In case you were doubtful that the Game Pass launch would be the case, Doom Eternal is set to be made available on the subscription starting October 1.

More gaming news was also present this week, with the Xbox beta mobile app launching on Android, the new Microsoft Store for Xbox being made available for everyone, a new Xbox Wireless Controller edition being shown, and Deals with Gold bringing in Grand Theft Auto, Resident Evil, and more.

Circling back to app launches, the Xbox app is also available in beta on iOS, with the Xbox Family Settings app hitting GA on both iOS and Android.

For folks eager to get their hands on next-gen consoles, this was a big week too, as both the Xbox Series S and Series X went up for pre-order and soon were sold out. Microsoft did promise to have more units at launch on November 10. If you pre-ordered from Amazon, you might’ve gotten an email about your pre-orders being delayed due to demand. Lastly, if you’re curious just how much the 1TB SSD expansion card for the next-gen Microsoft consoles is going to cost, it has showed up for pre-order online priced at $220.

While you wait for next-gen, here are the best Xbox One games launched this week. Of course, we’d be remiss not to mention Halo 3: ODST PC – check out our review for more details about the port -, the fact that the next Halo: MCC flight will test cross-play and input-based matchmaking, or that Flight Simulator has gotten an SDK update and new Marketplace products, along with the announcement of a Japan map update as its first content drop. 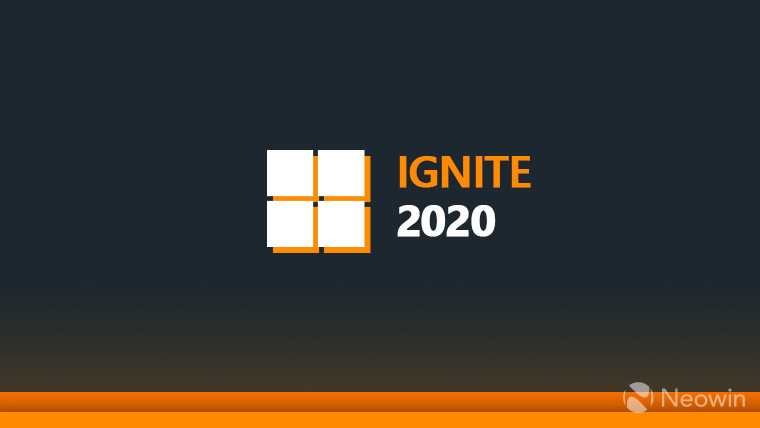 This week was also host to the first of Microsoft’s two planned Ignite events – the second being held in March next year -, where the company unveiled a number of cloud and platform updates.

First and foremost, the software giant plans to become water positive (meaning that it will replenish more water than it uses by way of stressed basins) by the year 2030. Also in the field of general betterment, Microsoft announced that its Cloud for Healthcare will hit GA next month, and that the InnerEye Deep Learning Toolkit is now available. The latter’s release is to aid in the improvement of patient care.

While the company’s Azure business unit has indeed taken off in recent years, no part of it has done it quite like this before, as at Ignite it was announced that the cloud platform now includes Azure Orbital. This is a new managed service which provides access to physical satellite communication capabilities in order to process and analyze the data via Azure. This announcement also coincides with the reveal of the new Azure Communication Services, a new managed communication platform making its way to Microsoft’s cloud.

Continuing this same theme, low-code updates in Power Platform for both GitHub and Azure have now hit the preview stage, while Power BI for Teams and a Premium Per User tier have been announced too. If you’re curious about what exactly the Power Platform is, or what it offers, be sure to check out this interview with Microsoft’s Arun Ulag, by way of our very own Hamza Jawad.

In other service announcements, Dynamics 365 Customer Service now has a voice channel, while Dynamics 365 Project Operations has hit the general availability phase. In addition, the OS sandbox offering from the Redmond giant (Windows Virtual Desktop) has gotten a bunch of new capabilities, Microsoft 365 Defender and Azure Defender are now unified under Microsoft Defender, and HoloLens 2 availability has been expanded in light of demand due to COVID-19.

For the collaboration part of the announcements, Cortana has gained some new features, like the daily briefing email feature now being GA for Microsoft 365 Enterprise users, and Teams is set to increase the maximum number of team members you can have to 25,000 later this year. Changes are coming to Outlook and Microsoft 365 too, like a new UI in Bookings and Search getting integrated into Teams, with the Bot Framework Composer also being made available as an open-source tool.

Worthy of note is also the fact that LinkedIn’s site and mobile app are getting a massive redesign, Microsoft 365 is getting a next-gen Compliance Manager, Microsoft Forms is now available in the Office mobile app – with a Teams integration also being made accessible -, and that Microsoft is set to release a new perpetual license version of Office next year.

Rounding off this set of announcements is the arrival of the much-awaited dark theme for OneDrive on the web later this month (among other features), the arrival of App Assure to Windows on ARM, shared MSIX containers, and other Windows platform features coming soon, the GA of version 1.3 for Windows Terminal, and the fact that Microsoft has obtained an exclusive license to OpenAI’s GPT-3 language model. 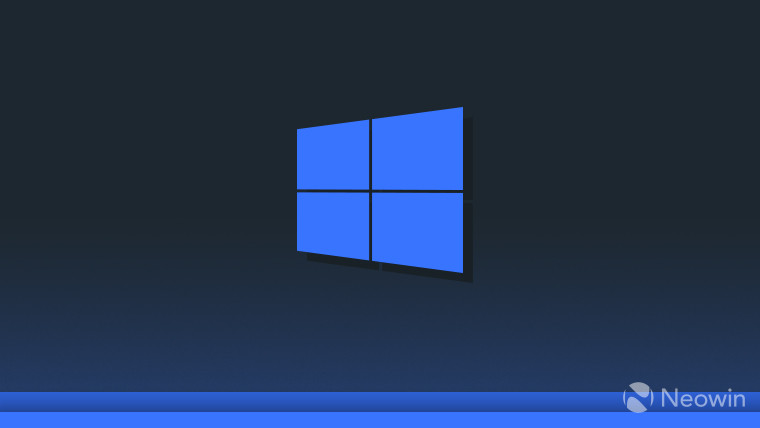 We finally get to some Windows update news too, as Microsoft has released build 20221 to the Dev channel, featuring a new Meet Now video conferencing feature. You can check out our overview here.

Beyond the new feature, there’s also a bunch of fixes and improvements to components like Windows Update itself, with the known issues list still being rather long. We’re talking about an Insider build here, after all.

And speaking of Insiders, those in the Beta and Release Preview channels were greeted with build 19042.541 of the 20H2 branch. Due to this being part of the very soon to be released October 2020 Update, it contains just fixes, as is to be expected. For an overview of what’s coming in 20H2, also known as the Windows 10 October 2020 Update, make sure to check out our guide here.

We end with some bad news for Microsoft, and some good news for the Linux community. 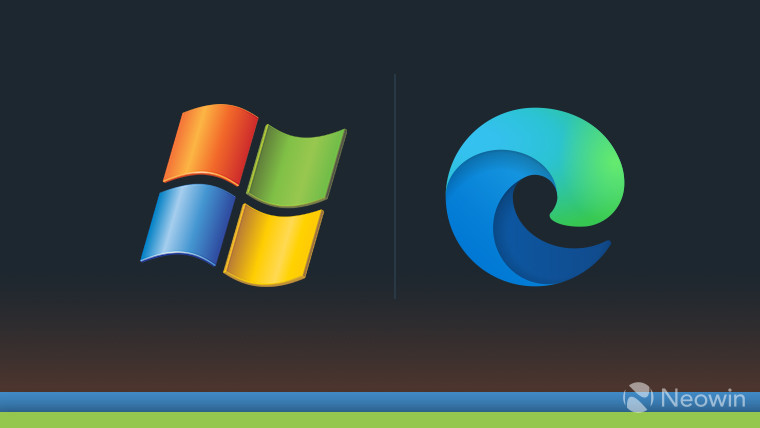 Starting with the bad, Microsoft’s leaks seem to have reached critical mass, with the source code for Windows XP and Windows Server 2003 allegedly leaking online.

In addition to packages containing just XP and Server 2003, there are also ones containing a few of the previous leaks, plus MS-DOS 3.30, MS-DOS 6, Windows CE 3, 4, 5, and others. Though this may be an interesting set of files to dive into for our more inquisitive readers, it’s best you stay away from these, especially given the dubious source.

In better news, and altogether something you’re definitely going to benefit from being curious about, Microsoft has shared some more details about Edge’s upcoming Sleeping Tabs feature, and released Edge Dev 87.0.644.4 featuring dark theme support in sidebar search.

And last but not least, in a development that’s sure to please fans of the browser on Linux, Edge will be entering preview in October, with folks who are fans of that OS finally being able to get their hands on it.