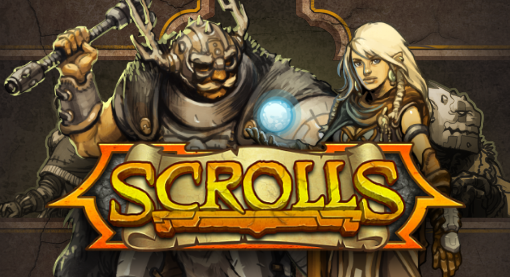 Game developer Mojang, the creators of the hit sandbox game Minecraft, have won the first round in its legal fight with Bethesda Softworks to use the title Scrolls for its next game project. Mojang founder Marcus "Notch" Persson announced on his Twitter page today, "We won the interim injunction! We can keep using the name "Scrolls". ZeniMax/Bethesda can still appeal the ruling, but I'm very happy. :D".  Mojang co-founder Jakob Porser also posted word on his Twitter page, "Im very happy that the courts saw it our way and that Scrolls will get to keep its name. Hurray!"

The legal battle began in August when Mojang's Persson said he received a note from some lawyers representing Bethesda Softworks' parent company Zenimax Media who claimed that the name "Scrolls", their upcoming fantasy themed collectible card RPG title, conflicted with the title of Bethesda's long running fantasy RPG series "The Elder Scrolls".  At one point Persson said that Mojang would challenge Bethesda Softworks to a Quake III deathmatch to settle the dispute. Alas, Bethesda declined this interesting offer and instead took them to court.

Persson insisted in a recent interview that Mojang had offered a number of different solutions to Bethesda to solve this legal tussle, such as " ... us not getting the trademark, and us not using the word 'Scrolls' in its raw form, but as part of a longer title. [Zenimax] repeatedly refused, demanding we stop using the word 'Scrolls'." In response, Bethesda Softworks' spokesperson Pete Hines said, "Mojang's public comments have not given a complete picture as it relates to their filings, our trademarks, or events that have taken place."