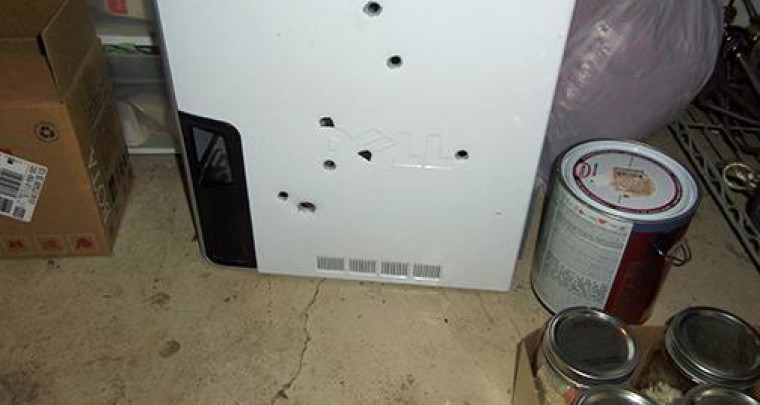 We've all experienced frustration when it comes to using technology. Sometimes it can be a new device or simply an old device that's acting up. While most of us vent our frustrations in different ways, on Monday, Lucas Hinch decided to unload eight rounds from his 9mm pistol into his Dell XPS 410.

While the rest of us have at some point fantasized about this scenario, Hinch had finally had enough of his computer. According to the Colorado Springs Police, Hinch took his PC into the back alley and shot it eight times. After an investigation, Hinch was cited for discharging a firearm within city limits.

According to the Los Angeles Times, Hinch had no regrets putting eight shots into his Dell PC exclaiming that it felt "glorious" and that "angels sung on high". For the time being, Hinch's firearm has been confiscated and although jail time is not likely, he faces a possible fine.