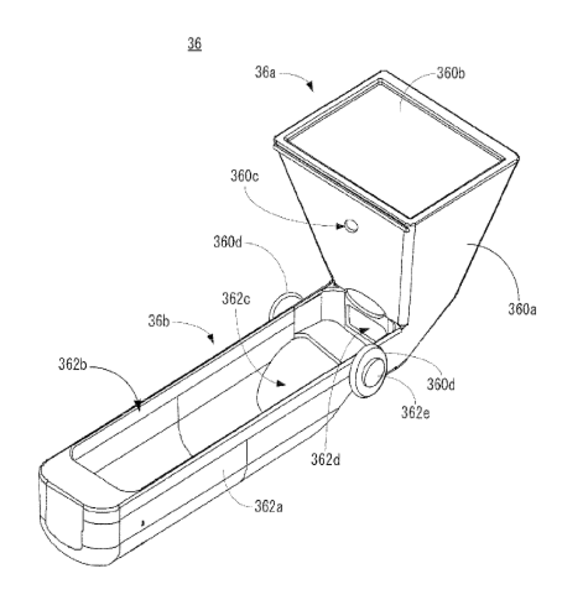 Nintendo's motion controller for the Wii console, sometimes known as the Wiimote, was a huge advance in game controller technology when the Wii launched in 2006. But since then the idea of motion sensing devices being used for games has been extended by Sony with its own Playstation Move controller and Microsoft's Kinect motion sensor which gets rid of holding a controller completely.

But that doesn't mean Nintendo doesn't have more ideas of how to expand the original Wiimote to add more new features. Siliconera reports that a new patent filing from Nintendo shows that it has an idea to create a touch screen accessory for the Wiimote that can be attached to the controller.

The touch pad includes an infrared LED that works when a person touches the screen. The infrared beams from the LED bounce off a mirror contained in the casing. Those beams can then be used by the controller for a variety of actions. Nintendo seems to believe that the touch pad could be used to move a cursor on the screen rather than using the movement of the controller itself. It also mentioned an idea to use the accessory as an in-game drawing tool.

However, we think that Nintendo could use it for more direct game play controls. Imagine playing a Metroid game with the touch screen used for scanning life forms or firing weapons. A Starfox game could definitely use it for flight controls. While there's no word if this hardware add-on will ever be released, it could be seen as a transition product to the Wii U's upcoming tablet-like controller.