At its Switch presentation yesterday, Nintendo announced a number of games for its upcoming hybrid console. These included Super Mario Odyssey, Sonic Mania, Fire Emblem Warriors, The Legend of Zelda: Breath of the Wild, and 1-2 Switch. 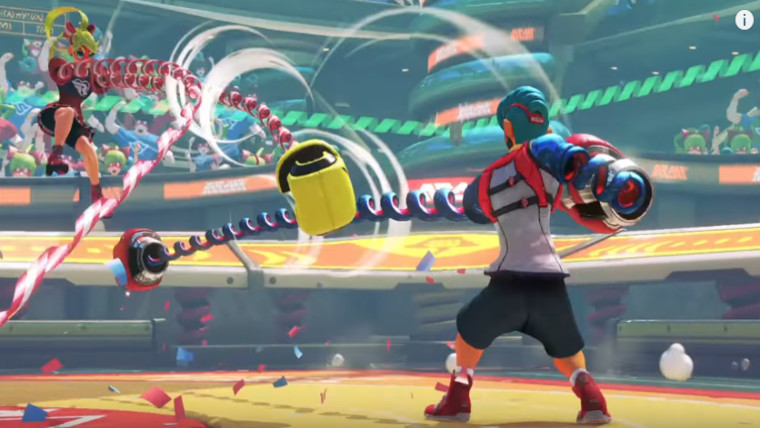 ARMS appears to be inspired from the boxing mode in Wii Sports - that was launched back in 2006. It has a similar premise, that is, pitting players against each other or against the computer in an intense boxing match. Players can utilize a number of moves including jumping, punching, charged punches, sidestepping, and dodging, among others.

All this can be done using the detached Joy-Con controllers that are held in a vertical thumbs-up position, so that the player can easily press various combinations of buttons to perform different combat moves. ARMS makes use of motion controls for in-game movement, that is required to dodge and move characters.

Additionally, the characters in the game are colorful in appearance, very similar to the ones in Blizzard's Overwatch. These characters can be customized to the extent that players can wield their weapons of choice on each of their (virtual) hands. ARMS has both single player and multi-player game modes, however, the trailer does caution that you'll require additional accessories for the latter, which can be purchased separately. You can watch the trailer for the game below:

Although ARMS doesn't have a firm release date, it is slated for a spring 2017 release on the Nintendo Switch.