Apart from finally revealing details about the Switch, Nintendo also announced a plethora of games for its upcoming hybrid console yesterday. These included Super Mario Odyssey, Sonic Mania, Fire Emblem Warriors, The Legend of Zelda: Breath of the Wild, 1-2 Switch, and ARMS.

Another game lined up for release on Nintendo's console is the highly-anticipated Xenoblade Chronicles 2. 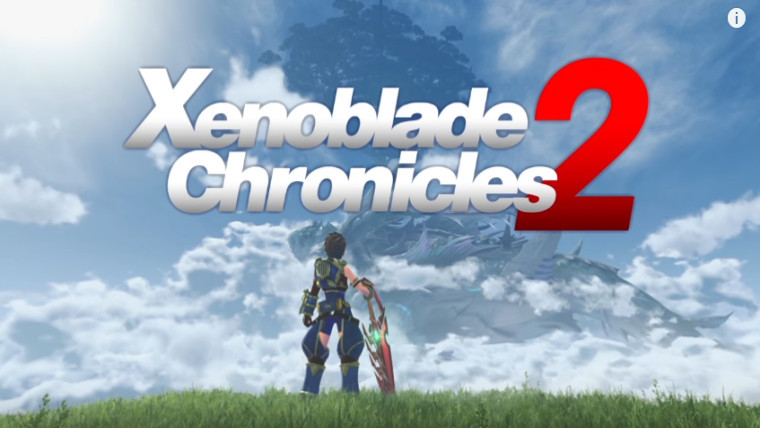 The original Xenoblade Chronicles - also known simply as Xenoblade in Japan - launched as action action-adventure RPG in Japan back in 2010 on the Nintendo Wii. Up until 2015, it was released in multiple regions and was also made available to the New Nintendo 3DS. It received critical acclaim from reviewers, and currently boasts Metacritic scores of 92/100 and 86/100 on the Wii and the New 3DS respectively. A spiritual successor to the title was also released under the name Xenoblade Chronicles X which was released for the Wii U in 2015 and was positively received.

The upcoming title in the series is named Xenoblade Chronicles 2 - or Xenoblade 2 in Japan - and is developed by the same studio, Monolith Soft. Although the trailer didn't give much away in terms of storyline, viewers were treated to the same open plains and detailed colorful environments that they had enjoyed in the previous games. Although combat mechanics and extensive gameplay weren't shown off, it did appear that the game boasts gigantic enemies for players to battle. You can watch the full trailer below:

It is currently unclear if the title is a direct successor to the original Xenoblade Chronicles. It may also be disappointing to know that no release date or tentative time frame for the game was announced.