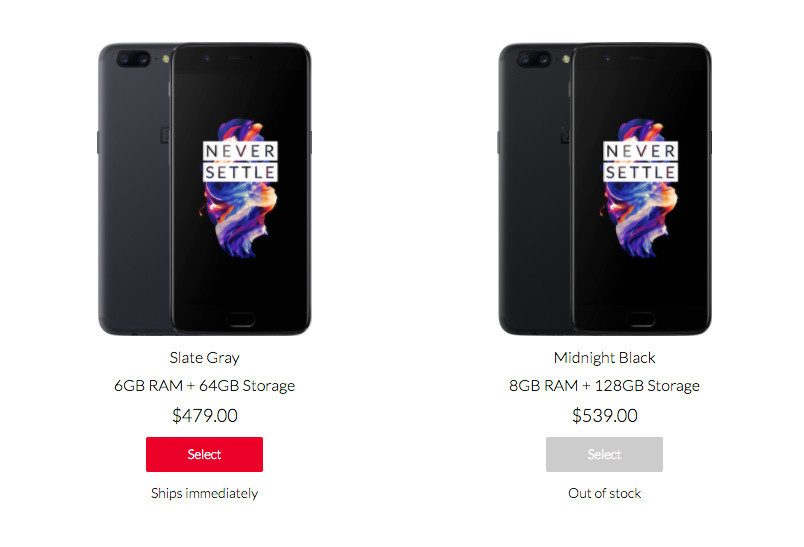 After only being available for a few hours, the OnePlus 5 with 8GB RAM has officially sold out. While the handset is currently only on pre-sale, it begs the question whether the firm will restock its inventory for the public release that will start on June 27.

Currently, handsets are being sold through the firm's website via an Early Drop sale. In order to gain access to the sale, one must use a code, at which point users will be able to pick up the handset and its accompanying accessories early. While it is unknown at this time whether the handset will be restocked when it makes itself available to the public next week, we have reached out to OnePlus to see whether they can shed some light on the subject and will update once we receive word.

If unfamiliar, OnePlus announced its latest handset that offers quite an impressive set of specifications like the Qualcomm Snapdragon 835 processor, 6GB/8GB RAM, 64/128GB storage, and a 20MP and 16MP dual camera setup - all packaged in an impressive 7.25mm thin handset.

If interested, you can now pick up the 6GB version for $479 for those in the United States and Europe by using the access code. Otherwise, public sales of the handset will start on June 27.