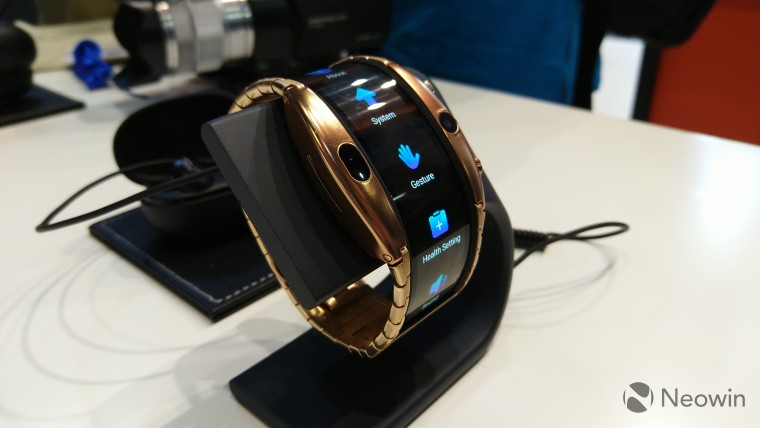 ZTE sub-brand nubia has been quite busy over the past couple of years, introducing competitively priced, yet powerful handsets. While its more recent efforts have included a gaming smartphone and a device with a dual-display design, it has also crept into some unfamiliar territory with its nubia Alpha smartwatch.

While the device was teased last year, it wasn't shown off in full until early this year, making its public debut at Mobile World Congress 2019. It appears that nubia is finally ready to make this thing available to the public, and is now offering pre-orders with a slated shipping date of April 10. Like a majority of nubia products, the retail launch will first take place in China, so this won't be available in the United States and other regions quite yet.

The Alpha isn't like other smartwatches when it comes to design, offering a four-inch OLED display that wraps around the wrist. It is powered by Qualcomm's Snapdragon 2100, comes with 1GB of RAM, and has 8GB of internal storage. The device will support Quick Charging, where its magnetic charger will be able to top up the 500mAh battery that is rated to offer up to two days of battery life. It will also have a 5MP camera, just in case you are compelled to shoot some photos while on the go, and will also offer support for Wi-Fi, Bluetooth, and 4G connectivity.

Those interested can head to the nubia pre-order website and pick up the 4G model in black for ¥3499, which is around $520 USD.