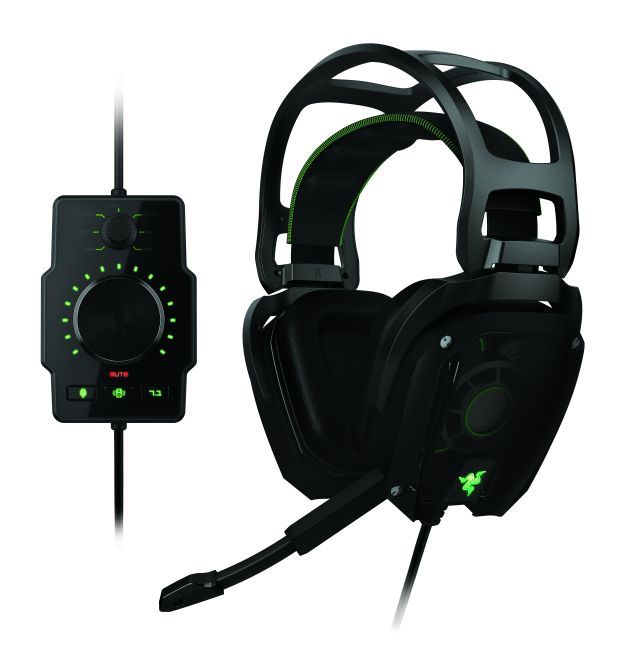 Razer's latest product announcement is for all of you gaming audiophiles out there. The gaming PC peripheral company officially revealed plans at Gamescom in Germany today to release two new gaming PC headsets under the Tiamat label. One of the headsets supports 7.1 surround stereo while the other supports 2.2 stereo sound.

The Tiamat 7.1 headset will have 10 drivers, five in each earcup, to make the user feel that they have a 7.1 stereo set up inside their head. The headset will also come with a controller that allows for more control of each audio channel. It also allows the user to switch between 7.1 stereo and 2.0 stereo support. They can also be hooked up and used with external speakers. The 2.2 stereo version of the Tiamat has support for four drivers with two of them dedicated to bass.

Razer continues to reveal new gaming PC products at a rapid pace and later this month the company is scheduled to reveal a major new project at PAX Prime in Seattle. The reveal will be made during a panel on Saturday, August 27. Razer has already promised the product that will be announced during PAX Prime will be "the hottest thing to redefine the industry."