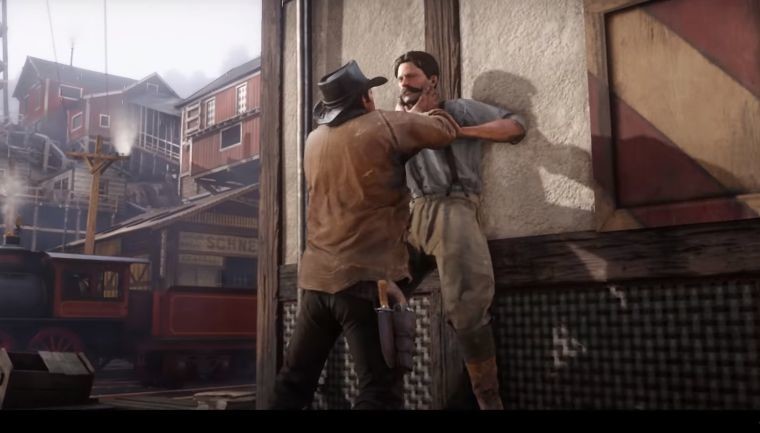 True to its word of more details coming today on Red Dead Redemption 2, Rockstar has released a new trailer showing of the gunslinger Western redux to placate fans disappointed over the game's delay.

The new video goes into a bit more detail about the game's story, which Rockstar describes as "the story of outlaw Arthur Morgan and the Van der Linde gang as they rob, fight, and steal their way across the vast and rugged heart of America in order to survive."

Rockstar seems to capture the essence of the violent West as portrayed in popular movies and TV. The gang is pursued by the law, but continues their thieving and ruthless ways. Unfortunately, you really don't get a look at how the game itself will play, but this should be enough to continue the enthusiasm until the game is released sometime this Spring on Xbox One and PlayStation 4.