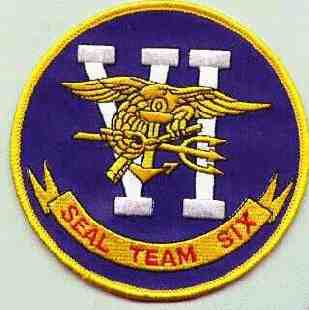 The secret military special operations force SEAL Team Six gained a ton of great publicity as the team went into Pakistan to go after, and eventually kill, terrorist leader Osama Bin Laden. Now, in an usual move, it appears that Disney is wanting to take advantage of SEAL Team Six' sudden fame. MediaBistro.com reports that Disney is seeking to trademark the term "SEAL Team Six" for a variety of products.

The actual applications were filed on May 3 and, yes, games are included in the filing. Disney's video-PC game division, Disney Interactive, has been in a state of flux lately with mass layoffs and the shut down of at least one of its internal developers in the past few months. However Disney might be thinking that a game based on the SEAL Team Six might be a way to enter into the popular modern military first person shooter genre (Call of Duty, Battlefield, Medal of Honor).

Of course, Sony's Playstation unit has been making games based on the US Navy SEALs for nearly 10 years for its Playstation 2, Playstation 3 and PSP consoles. The latest game in the series, SOCOM 4, was released for the PS3 on April 19, just a couple of weeks before SEAL Team Six's raid on Bin Laden's compound. In 2009, Bethesda Softworks released Rogue Warrior, a first person shooter that told the fictional exploits of Richard Marcinko, the real life first commander of SEAL Team Six. Unfortunately the game, developed by Rebellion, received poor reviews when it came out.