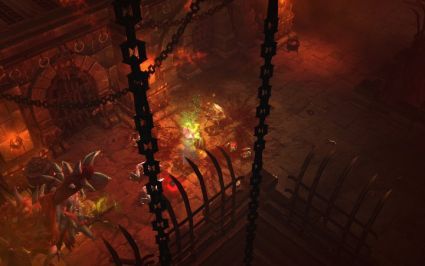 With Activision Blizzard's financial results and its quarterly conference call due to be revealed in just a few hours, rumors are flying that there will be major announcements from the publisher concerning its popular Call of Duty shooter franchise as well as Blizzard's long awaited action-RPG sequel Diablo III.

The financial results for the first calendar quarter of 2011 are scheduled to be revealed just a few minutes after 4 pm Eastern time. Activision Blizzard's financial conference call is scheduled to be held at 4:30 pm Eastern time. Activision execs are expected to give an update on the publisher's release schedule for the rest of 2011 while Blizzard's CEO is also expected to give an update on their line up of future games.

Much of the talk concerns the Call of Duty shooter franchise. Activision is expected to officially announce the next major game in the series, Call of Duty Modern Warfare 3, any day now and its possible that today's financial results could be an excuse to make that announcement. Eurogamer claims that they have already learned the release date for the game (November 8, 2011). We may also get an update on Beachhead Studios, the so far mysterious new internal game development team that Activision revealed in its last conference call three months ago. So far all we know is that the team is working on "the development of an innovative new digital platform and special services for our Call of Duty community."

As far as the Blizzard part of Activision Blizzard, the rumors are that Blizzard CEO Mike Morhaime might finally reveal more info about Diablo III, specifically when the long awaited game will finally launch its closed beta test, allowing people outside of Blizzard to play the game. While it's likely that Blizzard will offer up some kind of Diablo III development update during the conference call it may just be wishful thinking by Blizzard fans if they expect a specific beta launch date. Diablo III's final release date is officially "when it's done" although Blizzard team members have said in previous interviews this year that the goal is to get the game completed and shipped before the end of 2011.