Samsung has announced the new Exynos 980 mobile processor. The hardware is notable because it’s the first artificial intelligence (AI) mobile processor from the company that also comes with an integrated 5G modem. Devices shipping with this processor in future will be capable of running “multiple apps, intricate UX designs and high resolution-graphic games effortlessly” thanks to the included CPU and GPU, while downloading content at blistering speeds with 5G. 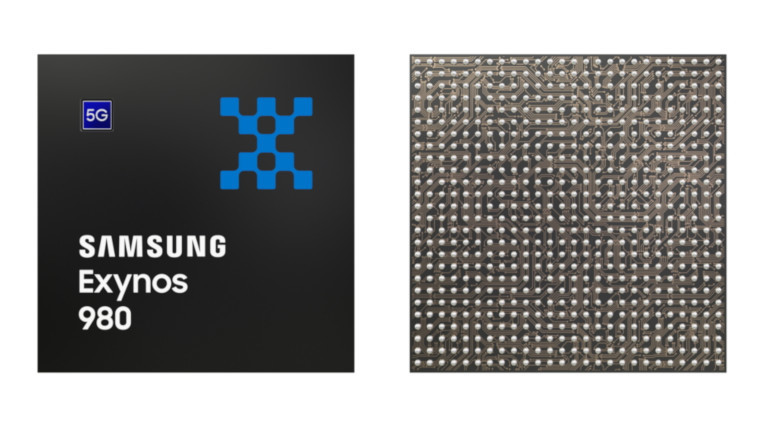 The Exynos 980, which is built on 8-nanometer (nm) FinFET process technology, reduces power consumption by containing an integrated 5G modem. With integrated 5G capabilities, it also means that space efficiency within the devices increases too, allowing for thinner phones. The 5G modem is capable of operating on 2G, 3G, 4G, and 5G, providing a gigabit downlink speed in 4G LTE and up to 2.55Gbps in sub-6-gigahertz (GHz) 5G. The modem also supports E-UTRA-NR Dual Connectivity (EN-DC) which combines 2CC LTE and 5G connectivity to deliver a downlink speed of up to 3.55Gbps. It also supports the new Wi-Fi 6 standard, IEEE 802.11ax for faster speeds and stability.

“With the introduction of our 5G modem last year, Samsung has been driving in the 5G revolution and paved the way towards the next step in mobility. With the 5G-integrated Exynos 980, Samsung is pushing to make 5G more accessible to a wider range of users and continues to lead innovation in the mobile 5G market.”

In terms of actual processing, the Exynos 980 comes with two Cortex-A77 CPU cores and six Cortex-A55 cores. There’s also a Mali-G76 GPU for graphics-intense applications. For AI tasks, the chip includes a neural processing unit (NPU) which increases performance by 2.7 times compared to its predecessor.

When it’s finally integrated into phones, it’ll be able to support up to 108MP photos as well as the encoding and decoding of 4K UHD video at 120 frames per second. HDR10+ support will also offer more details and better colours in video content. Samsung plans to begin mass production of the Exynos 980 by the end of the year, so we’ll be waiting until next year for phones to ship with it.