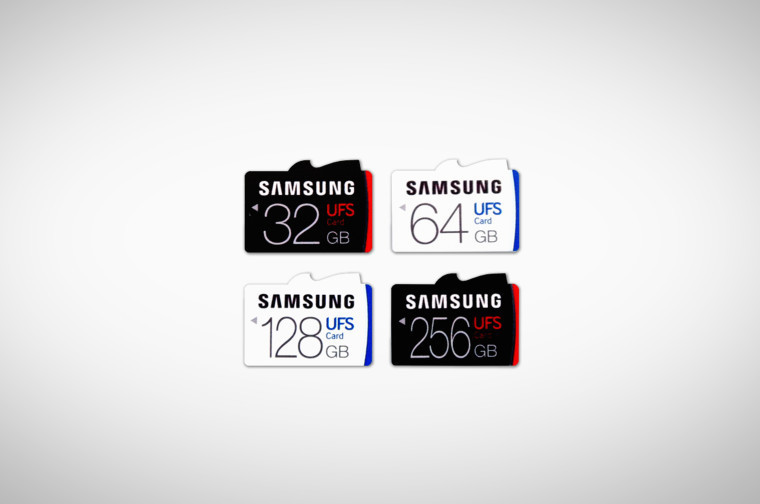 It's perhaps hard to believe but microSD cards have been on the market for just over a decade while the original SD card format was introduced back in 1999. While we've seen increases in both SD card capacity and speed over the last 17 years, there's a new flash storage format set to takeover the reins.

Universal Flash Storage (UFS) is the new specification backed by numerous members of the consumer electronics industry including Nokia, Sony Ericsson and Texas Instruments, amongst others. Samsung led the standardization of the UFS Card Standard and has now become the first in the world to unveil these blazingly fast cards.

Coming in 32, 64, 128 and 256GB capacities, Samsung's UFS cards boast remarkable performance. Specifically with the 256GB UFS card, it can achieve sequential reads of up to 530MB/s and sequential write speeds of up to 170MB/s. Random read and write speeds should also benefit from the new standard with 40,000 and 35,000 IOPs respectively compared to Samsung's corresponding estimates of 1,800 and 100 IOPs for microSD cards. 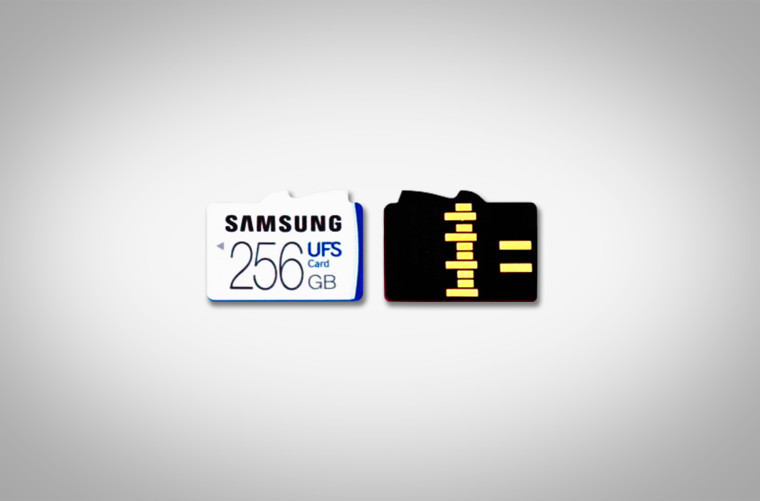 However, you won't be able to drop a UFS card into your existing devices as these new cards are physically incompatible and include a different pin configuration. As such, we are likely to see a period of transition in the industry for flash card storage similar to that currently underway with USB Type-C ports and connectors.

At present, Samsung has yet to release details regarding pricing and availability for its new UFS cards although, in fairness, there is a distinct lack of devices supporting these cards as removable storage at present. However, UFS has appeared as the embedded memory technology in Samsung's Galaxy S6 and S6 edge smartphones.