When the Samsung Galaxy Note8 was revealed, many a technology fan balked at the $930 price tag the company charged for the latest phablet. With that in mind, one could have been forgiven to expect that the device was to be relegated to a relative niche subsection of the market, but this seems to not be the case. According to AppBrain's analytics, the latest flagship device from the South Korean giant has become somewhat of a hit. 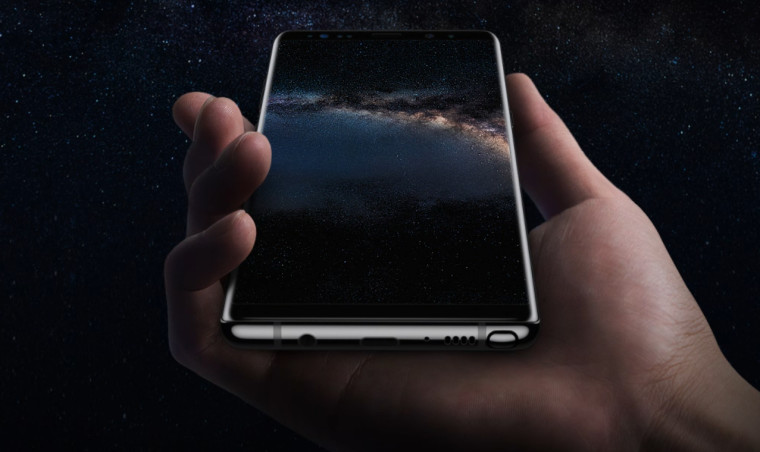 AppBrain, a monetization kit for Android developers, has released its latest data as to how many of these new bezel-less phones have accessed its service through applications. According to the company, the Samsung Galaxy Note8 has rushed up the charts and grabbed a not-so-insignificant 1% share in several key markets including the US, and South Korea.

In the US, the device has become the 21st most popular device and it grabbed the 15th and 17th position in Australia and South Korea respectively. Even though Samsung has yet to release official sales numbers for the device, it has noted that initial demand has been positive in the UK and Ireland at least. In comparison, the Samsung Galaxy S8 and S8+ have a combined share of around 6% according to AppBrain. 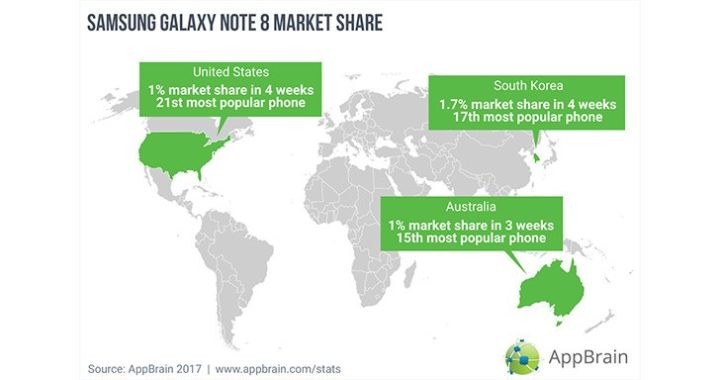 In Europe, it has been a different story altogether, with it reportedly not selling as well in those countries - based on the data released by AppBrain - even after launching there at the same time as the rest of the world. One assertion is that this could be due to the fact that the last Note device that launched in the zone was the Galaxy Note4.

The Galaxy Note8 launched worldwide in September and features bezel-less display, 64GB onboard storage, and a dual camera setup which is on par with the iPhone 8 Plus. Its glory, however, was short-lived, as Google announced its Pixel 2 device earlier this month with the now reportedly industry-leading smartphone camera.

Samsung's President of Mobile Communications has been quoted saying that the company aims to launch a foldable device next year, which doubles as a tablet and a smartphone, and rumors have already started swirling around the upcoming Samsung Note9 launch, which could see a fingerprint sensor embedded within the display.