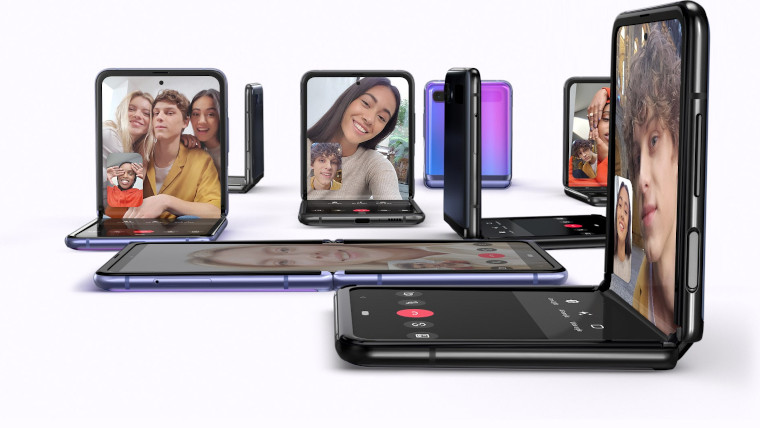 When Samsung announced the Galaxy Z Flip last week, it highlighted how it was the world's first smartphone to ship with an ultra thin folding glass screen. This was an important development as the Galaxy Fold -- Samsung's first foldable device -- shipped with a plastic layer on top of the display which could be easily damaged.

As it turns out though, despite the use of ultra thin glass, the Galaxy Z Flip's display durability is no better than the Galaxy Fold. As the durability test by the JerryRigEverything YouTube channel's Zack Nelson shows, the Z Flip's display is so soft and fragile that it can be easily scratched by one's fingernails.

The glass on most smartphones only starts showing scratches at level 6, with deeper grooves appearing at level 7 in the channel's testing. However, the Galaxy Z Flip's ultra thin folding glass starts showing scratches from level 2 itself, the same level as the Galaxy Fold. Towards the end of the video, Zack is able to poke holes into the display of the foldable device without any signs of a glass fracture.

Basically, the cover glass on the Z Flip has no level of scratch resistance and the ultra thin glass may be some form of plastic contrary to Samsung's marketing claims. It might have some properties of glass, but it still has the same durability as plastic.

A Samsung spokesperson has already issued a statement about the ultra thin glass on the Galaxy Z Flip to The Verge:

Galaxy Z Flip features an Infinity Flex Display with Samsung’s Ultra Thin Glass (UTG) to deliver a sleek, premium look and offer an immersive viewing experience. Samsung’s first-of-its-kind UTG technology is different from other Galaxy flagship devices. While the display does bend, it should be handled with care. Also, Galaxy Z Flip has a protective layer on top of the UTG similar to Galaxy Fold.

The company also said that it will be providing Galaxy Z Flip customers with a one-time screen replacement for $119. It will also be providing a one-time free specialized screen protector for the Z Flip via select U Break I Fix and Samsung service outlets which should help protect the display from scratches.

The Galaxy Z Flip went up for pre-order late last week and quickly sold out in South Korea and the United States. This was despite its steep price tag of $1,380 and durability concerns surrounding foldable devices.