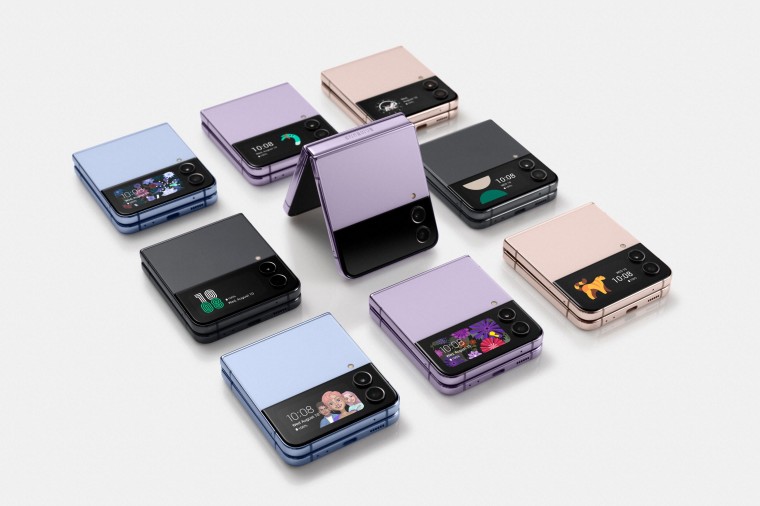 At its Unpacked event, Samsung introduced the upgraded Galaxy Z Flip4 smartphone. The phone will be successor to the Galaxy Z Flip3 that was launched last year. The Galaxy Z Flip4 will feature an improved camera which is paired with Super Fast Charging and a bigger battery.

The device is powered by Qualcomm Snapdragon 8+ Gen 1 SoC which is paired with 8GB of RAM and 128/256/512GB of storage. Samsung has also added a 10MP front camera for selfies. On the back, there is a 12MP Ultra Wide Camera and a 12MP Wide-angle Camera. The Galaxy Z Flip4 also gets an upgraded 3,700mAH battery and support for Super Fast charging which promises up to 50% charge in 30 minutes using a 25W or higher adaptor.

The device will also carry an IPX8 water resistance rating but will not have a dust-resistance rating. The Galaxy Z Flip4 will feature OneUI 4.1.1 out-of-the-box and will have support for up to two Nano SIM* and one eSIM.

In terms of availability, the Galaxy Z Flip4 will go on pre-order later today with shipping starting from August 26. The device will come in Bora Purple, Graphite, Pink Gold and Blue. Samsung is offering one complimentary year of Samsung Care+ to users who will pre-order the Galaxy Z Flip4. For those in the United States, pricing starts at $999.99.