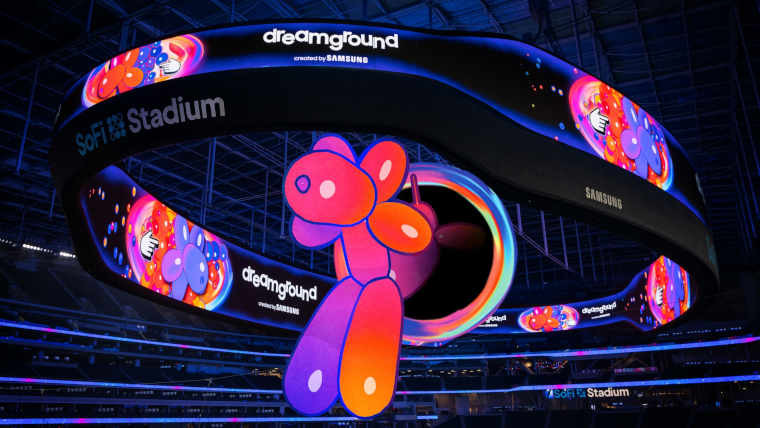 Attempting to unlock possibilities with augmented reality, Samsung has announced the launch of a new app called Dreamground for Android and iOS which can be used at Hollywood Park in Los Angeles or Samsung’s experiential store, Samsung 837, in New York City.

Through the app, users can see a new layer on top of the physical world where they can see creations other people have made, they can also create things for others to see too. The elements in the Dreamground can be viewed by other users for up to 24 hours before disappearing and clearing room for other people to come along and get creating.

As an exclusive for Galaxy 5G device owners on Verizon, there will be Galaxy 5G Portals that stream 4K, 360 video and ultra-high fidelity AR. This exclusive, Samsung says, is to show off the high bandwidth and low latency of 5G. Aside from these portals and other people’s creations, Samsung urges users to look out for Bubbloonland, Fluttering Forest, and Crystal Galaxy.

The launch of Dreamground is quite limited at the moment as it’s just available in two locations but as time passes it’s easy to see how Samsung could expand this AR layer to other venues around the world, especially at concerts and sporting events such as the FIFA World Cup or the Olympics. Time will tell whether the Korean firm decides to expand the use of Dreamground or whether it’ll receive a quiet retirement.