The annual Mobile World Conference is less than two weeks away, and in the run up to the event, we’ve seen numerous leaks of new devices and services from HP to Nokia. However, as with most flagship class devices, anticipation for the official unveiling of the Galaxy S7 and S7 edge is also high. 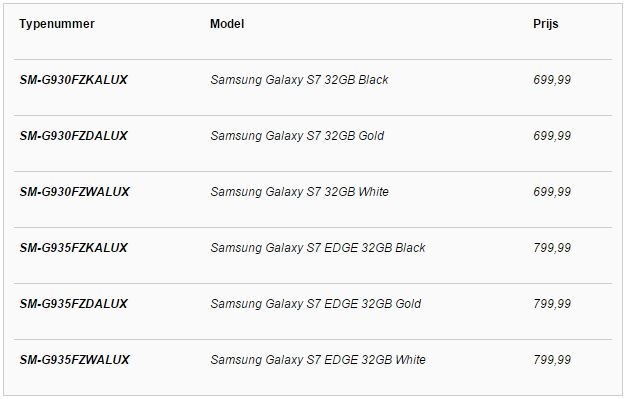 With reports of pre-orders of the S7 coming with a free Samsung VR headset, it’s only to be expected that the consumer’s head will be turned. Now, prices of both handsets have been leaked.

With prices like these, it’s not surprising more people are moving to other brands, such as Huawei and Lenovo. Samsung would be on a price par with Apple, if these rumours are to be believed.

March 11th is reported to be the day both the S7 and S7 edge will hit stores.

Source and image: Tweakers via Slashgear