These days Solid State Drives (SSD) have become all the rage among consumers, however, in the data c﻿enter, reliability and capacity are two of the most important aspects to consider when it comes to deciding on the best storage device for any particular scenario. Samsung recently revealed its own answer to this dilemma with the 30TB SAS SSD; however, Seagate isn't giving up on the traditional hard drive just yet. 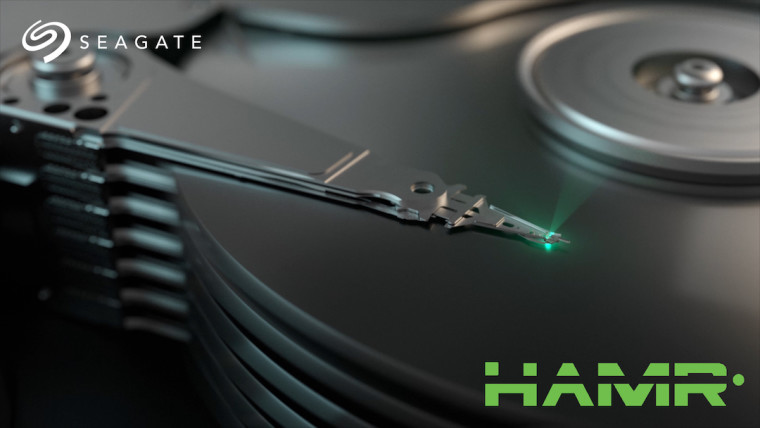 At the Open Compute Summit, Seagate announced that it has trumped the industry's reliability standards by introducing two new technologies in its latest Exos X14 helium-based enterprise hard drives. It has managed to double the sequential throughput of one of the fastest 7,200rpm solutions, coming in at 480MB/s. According to the firm, it is also 60% faster than most 15,000rpm hard drives on the market today. Although this technology is bound to find its way to consumers eventually, it's currently aimed at the data center. Some of these Exos drives have already found their way to some of the company's leading clients, including Baidu.

According to Chao Liu, Senior Director at the System Department at Baidu, these drives offer unparalleled storage capacity:

“Baidu attaches great importance to technological innovation and is committed to providing a better experience and service to our users and customers through technical innovation. Our data needs continue to expand as our customers become increasingly reliant on data-heavy applications, we need to work with industry partners to build sustainable storage solutions.

Seagate’s Exos X14 has given us a cost-effective way to easily accommodate our growing storage needs.”

The first among these technologies is Mach.2, which enabled the record-breaking throughput mentioned above. Each of these Exos hard drives come with two actuators that move independently from each other. Traditionally, a hard drive sported a single actuator, but this technology allows the system to access and execute read-and-write commands on two different sets of data simultaneously.

With record-breaking throughput sorted, the company addressed the capacity issue relating to these traditional spinning drives. SSDs have had some advantage over the traditional hard drive in this regard, as their capacity is increased as electronics continue to shrink. Seagate introduced HAMR (Heat Assisted Magnetic Recording), which adds a laser to each head on the actuators. This heats the storage surface to 400°C for a split second, and according to the company, this has allowed it to store about 2Tb of data per square inch, increasing a drive's total﻿ capacity to 20TB.

The HAMR technology isn't without its skeptics, but Seagate addressed these concerns by noting that heating the storage surface to such an extreme will not affect reliability. According to the company, its new Exos drives are capable of transferring data for 6,000 hours, or over 3.2 petabytes. This, reportedly, is twenty times higher than industry standards for a recording head.

No pricing has been made available by Seagate, but the company says that it intends to make these drives available this summer.