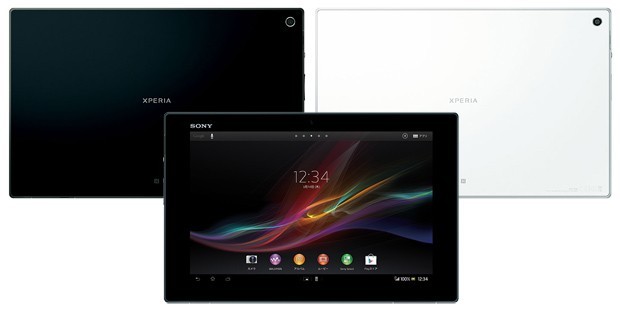 Of even more interest is the design and build of the Tablet Z: not only is the tablet dust and waterproof, but it also comes in an extremely svelte 6.9mm thin, 495g light body. This makes it the thinnest and lightest 10-inch tablet going around, and significantly departs from previous Sony designs which have failed to capture the market in the past.

Other specs of this tablet include an LTE radio for super-fast data on the go, 2 GB of RAM, 32 GB of on-board storage with microSD expansion, and NFC. The battery comes in at 6,000 mAh - a little on the slim side when tablets such as the Google Nexus 10 pack 9,000 mAh - but this is a trade-off made to slim down the design. Sony also has the usual swathe of software packed in, including the Mobile Bravia Engine 2 and "S-Force" virtual surround sound technology.

Currently there is no word on pricing or availability for the Xperia Tablet Z, but considering the Xperia Z phone is slated for March we'll probably see this tablet come out sometime after then.