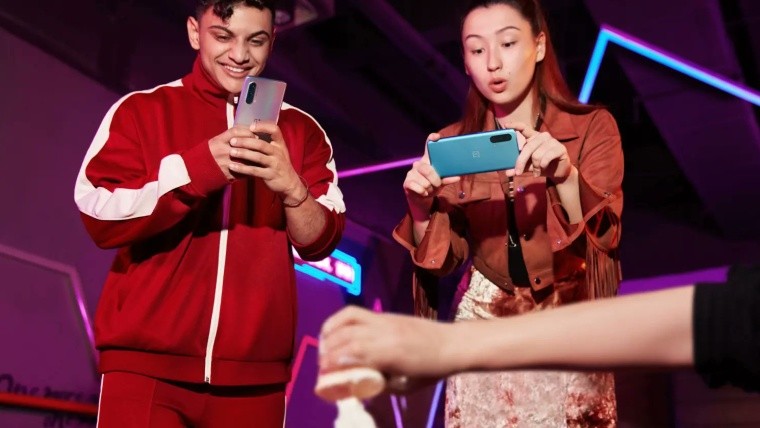 The OnePlus Nord Core Edition (CE) 5G's launch is just around the corner. Details of this upcoming phone have been leaked so many times that there's barely any surprise left for the launch day. If that wasn't enough, Evan Blass has now tweeted out the Nord CE 5G's promo video and images.

Going by the promo video's production quality, we're convinced that it is the real deal. The video highlights the Nord CE 5G's key features such as the Snapdragon 750 chipset, 64 MP triple camera, and a 4,500 mAh battery with 30 W fast charging support.

Other aspects covered in the promo materials include an AMOLED screen with a 90 Hz refresh rate and an Always On Display (AOD) feature. For those not in the know, AOD takes advantage of an OLED display's ability to switch individual pixels off. For instance, the screen can turn off over 90 percent pixels and uses the bare minimum to render a clock on the lock screen. It seems the headphone jack, which was missing on the OnePlus Nord, is also making a comeback. In the leaked video, you can also spot the silver, black, and blue color option.

The full specifications of the Nord CE 5G will be confirmed on June 10 when OnePlus will make this handset official. If not the design, fans can at least look forward to the phone's price and availability details.