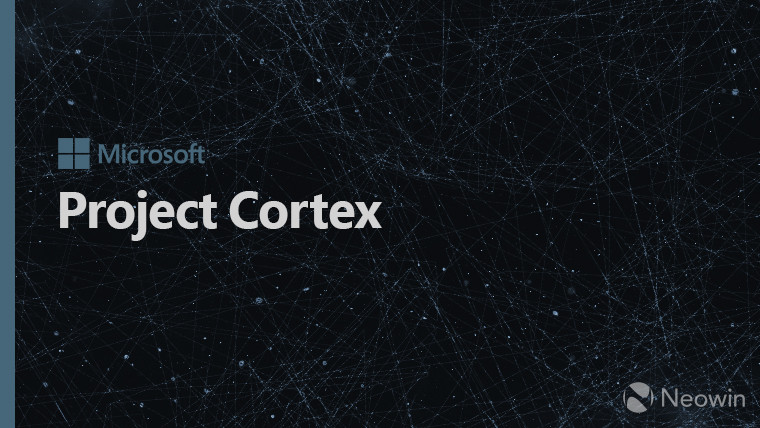 Back in November of last year, Microsoft announced the first new Microsoft 365 service since Teams, namely what it called Project Cortex.

Using AI, it transforms all your Microsoft 365 (M365) content into an "interactive knowledge repository", of course organizing relevant content so it's easy to find. Underpinned by the Microsoft Graph, which can deliver personalized info throughout the M365 suite of apps.

As announced today at Build, it's already been introduced to "more than 75 private preview customers" including Arla Foods, Mott MacDonald, and Siemens Healthineers. You can see it in action below.

Announced in conjunction with the news above was the release of new Microsoft Graph APIs and Graph extensions, as well as connectors for the interaction between Project Cortex and Microsoft Graph. Developers will additionally be able to leverage external sources like Azure language understanding and AI Builder for creating richer integrations.

The target for Project Cortex general availability is early summer 2020. More information can be found here.