Even as Motorola, and its parent company Google, get ready for the official reveal of their Moto X smartphone on August 1st, it also has some other new Android devices on tap that it will being selling via Verizon Wireless this August. 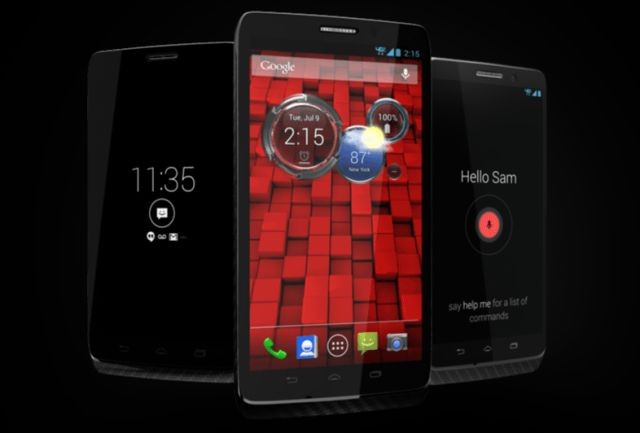 All three new Droid devices will have a DuPont Kevlar fiber unibody design and all will have a 10 megapixel rear camera, a 1.7 GHz dual core processor and 2 GB of RAM. The Droid Mini will cost $99.99 (with a two year contract) and will have a 4.3 inch display and 16 GB of on-board storage. The Droid Ultra will pack in a 5 inch screen for $199.99 and also has 16 GB of storage.

For the folks who want a smartphone that won't run out of power after a few hours, the Droid Maxx may be for you. Verizon and Motorola says that the $299.99 5 inch smartphone has an 3500 mAh battery that the companies claim will last up to 48 hours based on "typical" use. It also has 32 GB of on-board storage.

Verizon also claims that the new Droids will have some custom software packages that will allow their owners to accomplish tasks like making phone calls, sending texts and more without having to touch or even unlock their smartphones.