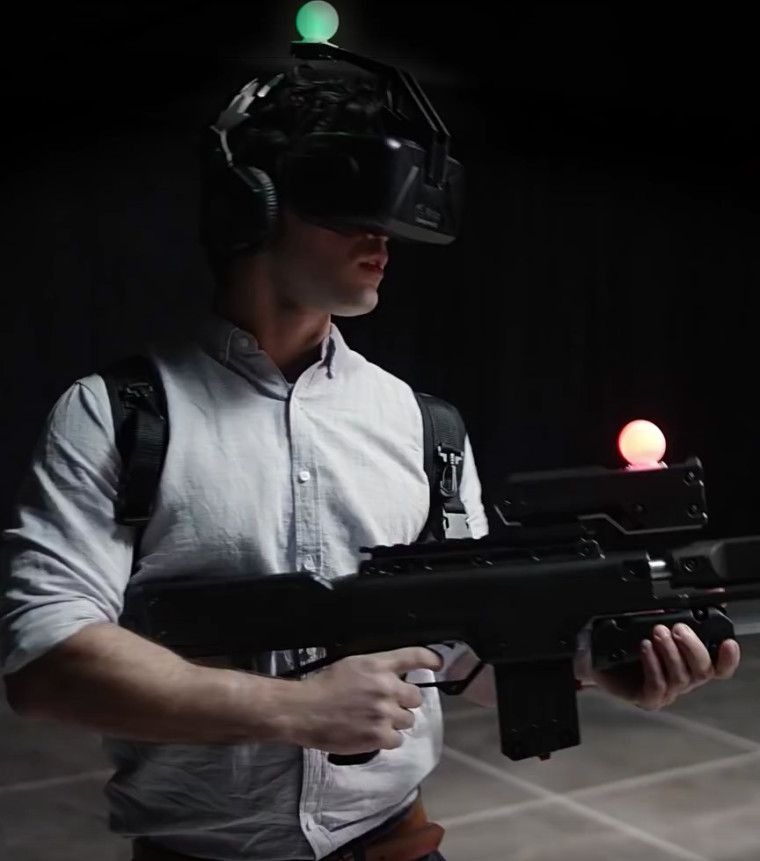 Director Tim Ruse, with the help of a grant from Film Victoria - has spent three years researching and developing the technology behind Zero Latency, and the result? A 400 square metre, free-roam warehouse space (although the virtual space is much, much larger!) where you can channel your inner Rick Grimes and blast away at the undead.

Zero Latency integrates a bunch of cutting edge hardware; 129 PlayStation Eye cameras canvas the warehouse which is covered in a white grid pattern, and strapped to each player’s back is an Alienware Alpha PC that renders the environment through the Oculus Rift DK2 headset. And then there’s the rifle, complete with Assault, Shotgun and Sniper modes and a heads-up display letting you know how close you are to your virtual demise.

The biggest concern for anyone who has tried virtual reality in its infancy­ is this: will it make you nauseated? Zero Latency claim they have the motion sickness thing covered, claiming that out of over 400 people they’ve had through during testing, only one has had to stop playing due to motion sickness.

Each session is around 50 minutes long and will set you back $88 AUD per person, and you can book in a team of 6 or take it on solo. Sessions run on weekends at the moment, though they assure us they’ll open up more sessions for holiday periods and other peak times. More info on that here.

If anyone is in Melbourne and wants to throw down, we’re game.