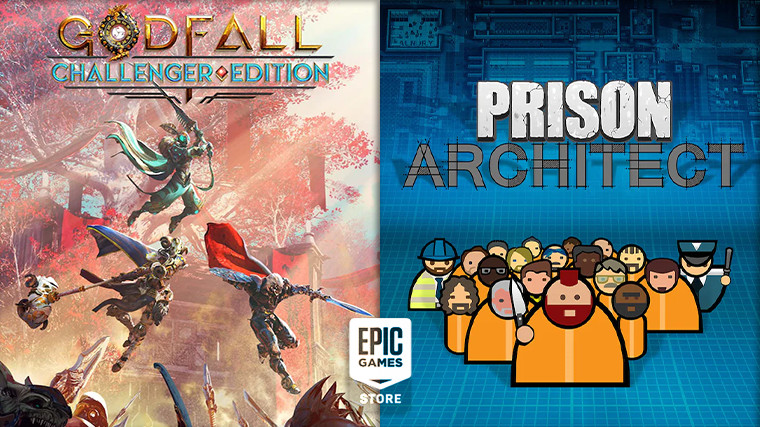 Epic has another huge giveaway festival planned for next week with daily goodies, but before we get to that, the regular freebies of this week must be greeted first. You can now grab copies of Godfall: Challenger Edition and Prison Architect for free from the storefront.

Godfall comes in as an action RPG 'looter-slasher' where you wear god-like armor, master weapon classes, and chop through hordes of enemies for loot. The Challenger Edition also offers high-level gear from the start. Meanwhile, Paradox's Prison Architect puts you in charge of building and managing a prison complex, where both the needs of the prisoners and staff need to be met.

The Godfall and Prison Architect giveaways will end on December 16, also kicking off the daily freebie train with a mystery giveaway.

We kick off the bundles of this weekend with an interesting gaming collection featuring not so friendly environments. Coming in from Humble, the Deadly Worlds bundle begins with two games in the first tier: Among Us and Kingdom: New Lands.

If you pay the current average price of the bundle, currently set for around $8, joining those two previous games will be copies of Generation Zero and Kingdom Two Crows. It's the third tier where things get really interesting, as the bundle throws in State of Decay 2: Juggernaut Edition and Lemnis Gate for paying the full $12.

There are a couple weeks left on the bundle's counter before it goes away. Don't forget the WB Batman and Sandbox games bundles from previous weeks are still available too. Next, we head towards the new Humble Choice.

Humble Choice refreshed its selection earlier this week too. As usual, you have some choices to make if you're interested in the bundle, with another set of 12 games available this month. The latest offerings can be seen below along with links to their Steam pages if you'd like a quick look at features and user reviews.

To pick up three of the listed games you'll have to put down $14.99 as part of the Humble Choice Basic tier. Choosing nine games will cost $19.99 instead. Sticking to the formula, those still with Humble Monthly subscriptions can grab ten games for $12.99 instead.

The latest selection of games will be available on Humble until January 4, the first Tuesday of the month. In addition to the games, Choice members also gain the DRM-free titles of Humble Trove as well as a bonus 20% discount on items sold on the Humble Store.

Giveaways aren't over though, as two more came in from Steam and the Ubisoft Store, with both being anniversary promotions.

Over on Steam, Techland is currently giving away Call of Juarez: Gunslinger, the 2013-released western FPS with an action-loving unreliable narrator. This is coming as the studio celebrates 30 years in the games industry. Meanwhile Ubisoft is celebrating 35 years of games development with a giveaway of Anno 1404 History Edition, the remastered city-building and management experience from 2009 which includes the Venice multiplayer expansion.

Both giveaways are slated to last through the weekend and end on December 14, so grab them before the deadline. 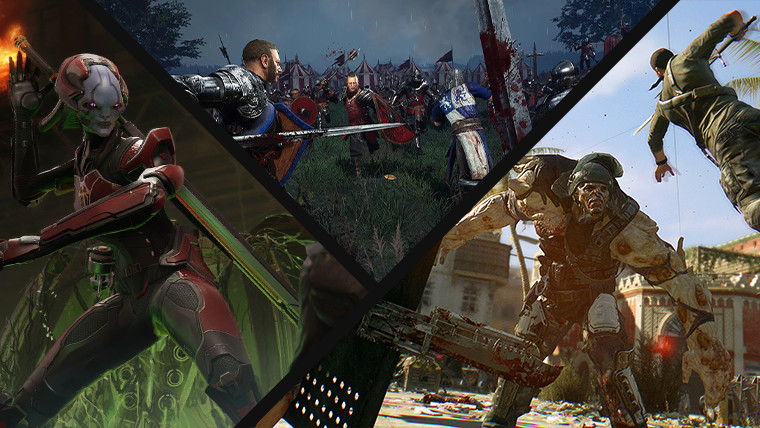 With free games out of the way, now we come to free events that offer temporary access, and there's quite a few.

Starting things off is XCOM 2 on Steam, offering the turn-based tactical experience to try out for free until Monday. Also free-to-play this weekend is the multiplayer medieval fighting game Chivalry 2, but for this you will need to head over to the Epic Games Store.

It's not time for winter sales just yet but with The Game Awards happening, there's quite a few discounts being applied to award nominees and winners. Check out our highlights from those and more below:

If DRM-free games are more of your style, don’t forget to check out these highlights for this weekend either: