Before we get into all of the Black Friday and autumn sales that are going on, let's have the usual look into the bundles available this week.

Humble is back with another Jumbo Bundle, and you can grab eight games as a part of it. The $1 or more category has Rise & Shine, Pinstripe, Super House of Dead Ninjas, and its True Ninja Pack DLC. Pinstripe's soundtrack is also included.

The currently $5 pay more than average tier adds on Construction Simulator 2015, Project Highrise, and Battle Chef Brigade. Finishing up the bundle are DiRT 4 and Oriental Empires, which arrive with the $10 tier alongside all of the previous games.

Don't forget that the Dystopian Bundle from last week is still up and running, offering up games like Observer and Tokyo 42. And, Humble Monthly has Metal Gear Solid V: Definitive Experience and Cities: Skylines with the After Dark expansion for $12 as early unlocks. 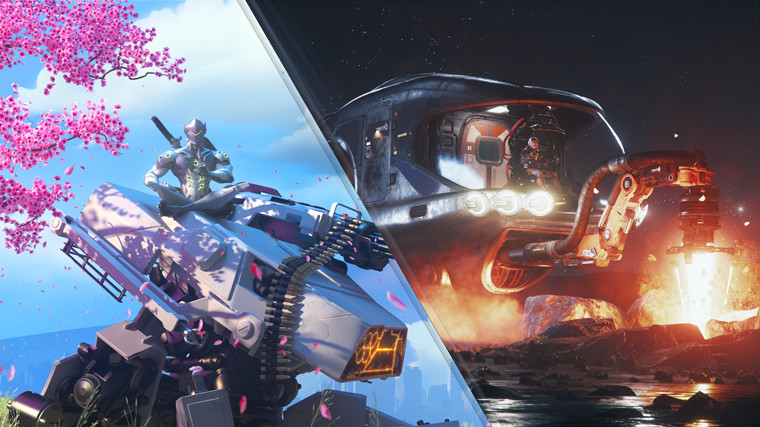 Blizzard's hero shooter Overwatch is temporarily free to play right now on Battle.net, giving you access to the entire cast of heroes as well as all of the maps and modes. The promotion ends on November 26 at 11:59 pm PST.

Celebrating the recent implementation of the space simulator's first planet, Star Citizen is having a free fly event for an entire week. You can make an account and jump in for free until November 30, with various ships available to try out daily.

Whether its named Black Friday, autumn, or fall, sales are in full swing right now across almost every store. As usual, Fanatical has a coupon code available, BLACKFRIDAY10, that further discounts games by 10%. GreenManGaming had a similar idea, but there are multiple codes available to every user and they offer extra discounts of up to 22%. You will need to log in, however.

If you're into game subscription programs, know that games like Battlefield 1, the Mass Effect series, and more are available on EA's $4.99 per month Origin Access program, while first-party PC Microsoft games such as Gears of War 4, and Forza Horizon 4 can be accessed through the $9.99 per month Xbox Game Pass service. These might be more palatable than buying the games individually.

There are quite a few holiday discounts happening for DRM-free games as well, look down below for what we've highlighted.

And that is it for our pick of this weekend's PC game deals folks, and some of you hopefully had enough self-restraint not to break your bank accounts. Of course, you will find there is a gargantuan amount of other deals ready and waiting all over the internet this weekend if you comb through it hard enough. So while keeping your eyes open for those, remember to have a wonderful weekend.