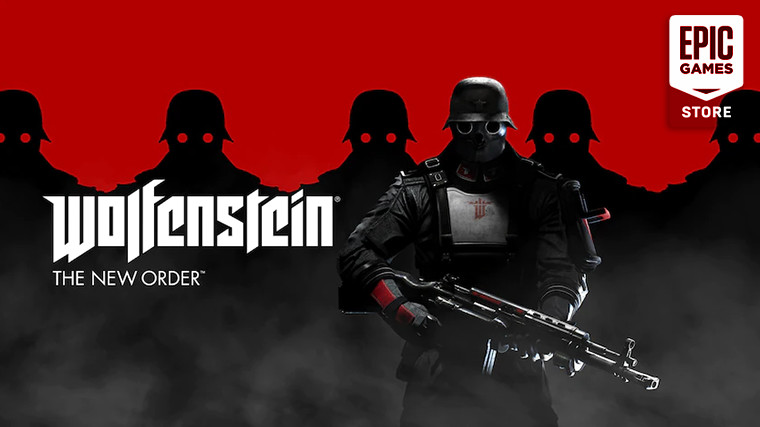 Your weekly dose of freebies from the Epic Games Store turned out to be a copy of Wolfenstein: The New Order this time, which took the place of the previous promotion BioShock: The Collection.

Developed by MachineGames and released in 2014, the popular first-person shooter brings forward B.J. Blazkowicz for a new adventure in the Nazi-dominated alternate universe. There are plenty of things to infiltrate, shoot, and explode (usually in that order) here, all with the help of a hardened resistance group.

The giveaway for Wolfenstein: The New Order will come to an end on Thursday, June 9, with another mystery game or collection already being prepared to take its place then as the next free promotion.

There is only a single game having a free weekend this time.

As part of this year's Warhammer Skulls festival, Warhammer 40,000: Gladius - Relics of War has gone free to play for the duration of the event. This means you get to try out the 4X turn-based strategy game set in the 40K universe through the weekend.

Discounts from the Warhammer festival, plenty of EA promotions, publisher deals from Klei Entertainment, and more populate this weekend's highlights list. If you're a Prime member, you may also want to grab the free copy of Far Cry 4 and the rest of the bonus games from the Amazon subscription for June that's being offered right now. Don't forget about Epic Games' ongoing 25% off coupon for games above $15 either.

In the DRM-free front, the GOG store also has plenty of Warhammer deals alongside its usual weekend sales: