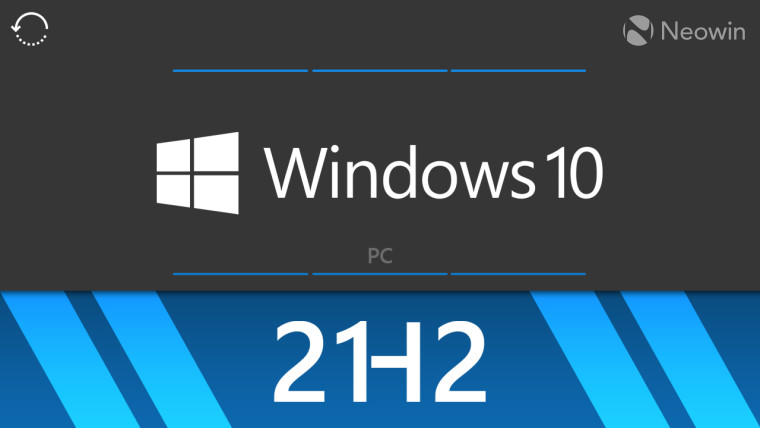 Despite focusing primarily on Windows 11 and its new features, such as Android apps, tabbed File Explorer, and controversial taskbar upgrades, Microsoft did not forget about Windows 10. The previous version of the operating system is far from dead (it still holds 80% of the Windows market), and its latest iteration is now ready to get more users.

Microsoft has updated the Windows 10 Health Dashboard page with new status notification. According to the company, Windows 10 21H2 is now ready for broad deployment, and it is available to every Windows 10 user via Windows Update.

If you use Windows 10 2004 or newer, installing version 21H2 will not take long. Like all the previous "feature upgrades" released recently, Windows 10 21H2 is a small "enablement package" with little to no notable changes. Getting version 21H2 should feel like installing regular cumulative updates. Also, the latest Windows 10 release contains no changes in hardware requirements, which means all compatible computers should get the update without issues.

Microsoft says Windows 10 21H2 has no known issues, but that does not mean the operating system is flawless. The company resolved some bugs previously preventing Windows 10 users from installing version 21H2.

According to the official documentation, Microsoft is on track to end Windows 10 20H2 support on May 10, 2022. If you use this release, better upgrade to Windows 10 21H2 to keep your system up to date and with all the necessary security patches. The software giant plans to kill Windows 10 entirely on October 14, 2025.